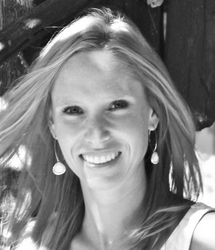 What particular experiences or skills qualify you for office?
Experiences: I currently lead a local non-profit organization that is dedicated to protecting the water quality of Lake Pend Oreille and its affiliated waterways.  My responsibilities as the Executive Director are diverse and include organizational management, program development and implementation, budget establishment and reconciliation, fundraising and award management, as well as education, outreach, and advocacy efforts. As the Executive Director of a non-profit, I have a deep appreciation and clear understanding of how to balance project development and growth while staying fiscally responsible within our organizational guidelines.

1. How many city council meetings or city committee meetings have you attended in the past year?
I’ve attended 5 City Council meetings in the last year, either as a presenter or to answer questions raised by the Council regarding water quality related issues. When I’m not at work, my time is dedicated to raising my two young children as a single mom. My children are a major driving factor behind my candidacy for City Council. Sandpoint is a great place to raise a family and I would like the opportunity to make it even better.

2. Among the myriad issues facing the city at present, what do you consider the single most important issue, and why? Please describe any other issues you feel are important.
It’s very clear that our local economy is struggling based upon the many empty storefronts we have downtown. We need to create an atmosphere that attracts new businesses and incentivizes them to remain operational throughout the entire year. I think that serious efforts to revitalize the downtown area are important and can yield productive results. While less significant, another issue that I feel deserves attention is support for working moms and dads during the summer months. It’s difficult for households with two working parents, or single parents, to take advantage of existing youth enrichment opportunities since these normally take place during typical work hours. I would help identify new opportunities in this area.

3. The city contributes funding for the SPOT bus, which provides daily free transportation between Sandpoint and Dover, Ponderay and Kootenai. SPOT officials this year have asked for a larger contribution from the city; do you favor or oppose increasing the city’s contribution to the SPOT bus?
The SPOT bus provides a much-needed service to residents and visitors to Sandpoint and its neighbors and is highly valued by the community. It’s a great example of how collaborative actions can positively impact quality of life. Without intimate knowledge of the City’s budget, it’s hard to say whether I would favor or oppose an increase in the City’s contribution. However, I would work to establish creative funding solutions, including identifying viable grant opportunities, to help sustain SPOT services in the future.

6. As of October 1, the Downtown Sandpoint Business Association was dissolved and the city awarded the Greater Sandpoint Chamber of Commerce the contract to manage the downtown Business Improvement District. Do you have a position in regards to the management of the BID?
From what I understand, the consolidation of the DSBA into the BID Council working with the Greater Sandpoint Chamber of Commerce will reduce administrative costs through resource sharing. Since the money collected through the BID was used to fund DSBA-related activities with the purpose of administering downtown improvement efforts, consolidation should result in an increase in the overall amount of money that can be used in ways that will benefit downtown businesses. I think that the BID Council will be in a position to responsibly manage these funds and will work in alignment with the Chamber to allocate them appropriately.

7. Seeking to revoke a decade-long joint powers agreement, the Independent Highway District has begun withholding an estimated $370,000 per year of tax money paid by city residents that has been going to the Sandpoint street department for maintenance. The city has filed a lawsuit to have the joint powers agreement declared valid. Do you support the city's position in this case?
It’s important for the City to receive the full extent of the tax revenue that was defined in the agreement between the City and the Independent Highway District, established in 2003. The loss of these funds will jeopardize essential services, like snow plowing and other critical street maintenance projects that residents cannot afford to lose. I don’t think that the City is being litigious just for the sake of being litigious. The lawsuit has a very specific intention, which is to recover funds that the District originally agreed to allocate to the City for street maintenance.

8. Many streets in town have no sidewalks, or only partial sidewalks, and require pedestrians to walk in the street. The city's Pedestrian and Bicycle Advisory Committee has proposed a long-term plan for sidewalk improvement that would require installation and repair of sidewalks when residential properties are sold. Do you favor or oppose this proposal? What solution would you propose for construction and maintenance of safe sidewalks through town?
Pedestrian and bicyclist safety is a very important issue. Walking and biking as modes of transportation are highly valued by residents and visitors, so the condition of sidewalks around Sandpoint need to be taken into serious consideration. There are pros and cons to this proposal. On the one hand, the proposed plan would result in consistent sidewalk improvements over time. On the other hand, sidewalk improvements can be an expensive undertaking that could place a significant financial burden on certain homeowners. In order to create a long-term solution it will require compromise from both the local residents and the City of Sandpoint. As a solution, local improvement districts could help more evenly distribute the costs of improvements and spread them among various households over time. In addition, the City should also consider replacing sidewalks that pose an immediate hazard to safety as high priority improvement projects.

9. The aged Memorial Field grandstands face likely condemnation within a few years. City Council has approved final design for a $1.2 million grandstand reconstruction project, with fundraising undertaken by the nonprofit Friends of Memorial Field. Would you support allocating city funds for the grandstand project?
I have a great deal of confidence in the Friends of Memorial Field and their ability to raise the necessary funds to support the improvements to the grandstands without additional assistance from the city. As the director of a local non-profit, I know that organizations with non-profit status can submit grant proposals to a much wider variety of funders than municipalities can. This type of project will be very attractive to foundations invested in preserving historical landmarks. The community also recognizes the importance of Memorial Field to the vitality of Sandpoint and I believe that many individuals and families will step up and help contribute to the project in any way that they can.