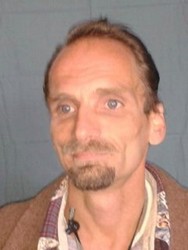 Recent or pertinent employment history:
I am a Insurance Sales Associate after taking early retirement from “The Right Tool Works” which was founded in Sandpoint. I dealt with Business Management, regulations, restrictions, and budgeted all aspects of major projects including Construction.

Nonprofit groups, service or professional organizations to which you belong:
Eagles 589 - Also on the “Bring Bowe Back” Campaign (Bowe Robert Bergdahl (born March 28, 1986) is a United States Army soldier who has been in the captivity of the Taliban-aligned Afghanistan War and an Idaho resident)

What particular experiences or skills qualify you for office?

1. How many city council meetings or city committee meetings have you attended in the past year? Why are you running for City Council?
I missed 2 City Council Meetings in the lasts 2 years. I believe with my previous management skills and ability to look at all the angles when making decisions is a critical aspect the City would benefit from. After retiring 3 years ago: I have spent the last two years presenting the council with "Free market" solutions to save our tax dollars i would like the residents to allow me to continue this so all the angles get presented before making rash decisions...

2. Among the myriad issues facing the city at present, what do you consider the single most important issue, and why?
The biggest problem is the lack of "Economic Opportunity". There are 7 "conclusive" ways Sandpoint could help local companies succeed by promoting growth, which “always” lead to better wages.

3. The city contributes funding for the SPOT bus, which provides daily free transportation between Sandpoint and Dover, Ponderay and Kootenai. SPOT officials this year have asked for a larger contribution from the city; do you favor or oppose increasing the city’s contribution to the SPOT bus?
This is an issue which should be brought before the voters. The motel tax which pays this can’t be justified as they see no business generated from it’s use. Clearly there is a need, I would support a small sales tax residents should “vote” on. This would spread the price out more equally.

6. As of October 1, the Downtown Sandpoint Business Association was dissolved and the city awarded the Greater Sandpoint Chamber of Commerce the contract to manage the downtown Business Improvement District. Do you have a position in regards to the management of the BID?
The BID (Business Improvement District) violates the very core of our State Constitution! It does not promote Life, it diminishes the liberty of the business owner to decide what is best for their “investment” as Americans have 2 goals be successful and help the community to prosper, and it “controls” their property.

7. Seeking to revoke a decade-long joint powers agreement, the Independent Highway District has begun withholding an estimated $370,000 per year of tax money paid by city residents that has been going to the Sandpoint street department for maintenance. The city has filed a lawsuit to have the joint powers agreement declared valid. Do you support the city's position in this case?
Yes as Sandpoint should have NEVER entered into an “Open Ended” contract. It was signed and benefited the residents 100%, Sandpoint grown since then. We MUST control our streets to plan for future growth. I would have promoted more deliberating by Sandpoint and IHD, and not been so quick to Litigate.

8. Many streets in town have no sidewalks, or only partial sidewalks, and require pedestrians to walk in the street. The city's Pedestrian and Bicycle Advisory Committee has proposed a long-term plan for sidewalk improvement that would require installation and repair of sidewalks when residential properties are sold. Do you favor or oppose this proposal? What solution would you propose for construction and maintenance of safe sidewalks through town?
(First off The city's Pedestrian and Bicycle Advisory Committee should be ONLY Sandpoint residents who will pay the taxes for any proposed projects).

No! If residents are to pay taxes they should “SEE” the benefit. This works the opposite violating the very principle of both our Federal and State Constitution.

What solution would you propose for construction and maintenance of safe sidewalks through town?
Look at some of the tourist projects the residents have been paying in taxes to incorporate into our community. Obviously there are funds, there's a prioritization problem, heavy traffic streets which “NEED” sidewalks are being ignored opting to paint bike templates on “Side streets. Also, lets look at the projects designed around building Sandpoint into a tourist town. The residents live here and most do NOT want to have minimum wage jobs their whole lives.

9. The aged Memorial Field grandstands face likely condemnation within a few years. City Council has approved final design for a $1.2 million grandstand reconstruction project, with fundraising undertaken by the nonprofit Friends of Memorial Field. Would you support allocating city funds for the grandstand project?
At this time with city residents unsure of what food, healthcare, or housing is going to cost NO! Once growth has been established I would again say take it to the voters. I would help in anyway I could on any "donation" event. If we can find the funds, it's my opinion the city is missing an opportunity for future growth. Residents have spent millions on transforming travelers field into an open friendly environment. Should we not look at the positives of moving the bleachers to the new field and events? This woud allow more people to attend the Sandpoint Music Festival among any others, tickets prices could be lowered and more local residents with "low wage" jobs could afford to attend with their families.  Also this would allow Sandpoint to be ready when growth does return. We need real leadership which looks to ease tax burdens now and in the future with community support.