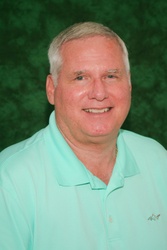 What particular experiences or skills qualify you for office?
I work well with others – I am willing to compromise when it serves the greater good – I am very well organized – Better than average public speaker – Great at doing research.

1. How many city council meetings or city committee meetings have you attended in the past year? Why are you running for City Council?
I have attended all but 5 city council meeting since Sept. 5th. Why I am running – I have been a resident of Sandpoint for 3 years. Since that time I have become more involved in local issues. I have seen complacency by those that should be leading. I have also seen complacency by residents who complain but do not vote or get involved. One of my main goals is to get people at all levels involved. We have pathetic attendance at city council and individual committee meetings. Sandpoint is a great place to live and I want to be part of the leadership that keeps Sandpoint special and yet make opportunity for growth realistic. This can be better accomplished if more people speak up and “Voice” their opinion. Citizen participation is paramount in any democracy and that will be my goal if elected.

2. Among the myriad issues facing the city at present, what do you consider the single most important issue, and why? Please describe any other issues you feel are important.
The local economy is the most important issue. We need to recognize that what ever theme we choose for Sandpoint, without a vibrant economy and better jobs, our goals cannot be maximized. Other Issues – Public Safety, Downtown, Zoning, Clean Affordable Water, Getting our streets back from I.T.D.

3. The city contributes funding for the SPOT bus, which provides daily free transportation between Sandpoint and Dover, Ponderay and Kootenai. SPOT officials this year have asked for a larger contribution from the city; do you favor or oppose increasing the city’s contribution to the SPOT bus?
This issue has been recently discoussed at council meetings. Council woman Carrie Logan made a specific request of S.P.O.T. leadership to explore other types of funding that would allow Sandpoint to lessen their contribution to funding. I agree 100% with the request of Councilwoman Logan.

I am also optimistic with the incoming (Susan Kiebert) leadership for the S.P.O.T. program. Susan will be a huge asset to the program. I would not favor any additional funding at this time for the program until I get a report from Susan Kiebert, her finding and conclusions would lay heavy on my decision.

6. As of October 1, the Downtown Sandpoint Business Association was dissolved and the city awarded the Greater Sandpoint Chamber of Commerce the contract to manage the downtown Business Improvement District. Do you have a position in regards to the management of the BID?
In my opinion the decision to dissolve the DSBA was a wise one. I have a great deal of faith in the Chamber and its leadership. The BID tax has been a source of controversy for decades now. It was time for a change and I say we give the Chamber a chance to turn things around and make the BID tax more efficient and more palatable in the downtown core.

7. Seeking to revoke a decade-long joint powers agreement, the Independent Highway District has begun withholding an estimated $370,000 per year of tax money paid by city residents that has been going to the Sandpoint street department for maintenance. The city has filed a lawsuit to have the joint powers agreement declared valid. Do you support the city's position in this case?
I think litigation between tax supported entities should be a last resort. Something tells me this move by the IHD might be political in nature due to recent decisions made by the Sandpoint City Council. I would hope that both sides would work together for an amicable solution. However, if diplomacy does not work, a court challenge to this decision by the IHD may be the only solution.

8. Many streets in town have no sidewalks, or only partial sidewalks, and require pedestrians to walk in the street. The city's Pedestrian and Bicycle Advisory Committee has proposed a long-term plan for sidewalk improvement that would require installation and repair of sidewalks when residential properties are sold. Do you favor or oppose this proposal? What solution would you propose for construction and maintenance of safe sidewalks through town?
The installation or repair “At Sale” suggestion is a bad idea from the get go. It does not even begin to do what it is designed to do and my research, which includes talking to about 75-100 Sandpoint residents tells me that the vast majority of residents don’t place sidewalks as a priority to them. This idea is an expensive way to solve a problem that does not exist. I am totally against it.

9. The aged Memorial Field grandstands face likely condemnation within a few years. City Council has approved final design for a $1.2 million grandstand reconstruction project, with fundraising undertaken by the nonprofit Friends of Memorial Field. Would you support allocating city funds for the grandstand project?
There was a ballot measure addressing this particular issue. It asked for a .5% sales tax increase for a five year period that would generate enough tax revenue to pay for the improvements to Memorial Field. It was soundly rejected by the voters. I voted against the measure. I do not think, during the current economic stalemate that city funds should be allocated. My suggestion would be a $1.00 - $2.00 per ticket sold surcharge to raise the necessary funds. If I go to a concert, football game or other activity at the field I would be willing to support this cause with a ticket surcharge.