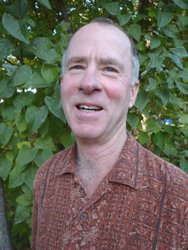 Age: 60
Years of residence in Sandpoint and Bonner County: I have lived in Bonner County for 35 years and have lived in Sandpoint for the last 10 years.
Marital status/family: I am happily married to Lynn Olafson and I have one daughter, Corie Remmetter who resides in Arizona
Contact information:
E-mail: [email protected]
Phone: 208-290-1681
Education: High school graduate and state required continuing education for licensed electricians

What particular experiences or skills qualify you for office?
The most important skill I have to offer is that of a good listener and a good communicator. I am organized and highly reliable. My twenty years of small business experience and analytical mind would be an asset as well.

1. How many city council meetings or city committee meetings have you attended in the past year?
I have only recently started attending City Council Meetings. My retirement from electrical work has not yet fully transpired and with two small businesses to run, my free time has been at a minimum in the past. I am running for this position because I will soon have the available time to commit to such a position, and because I would like to be part of the team that will help make the important decisions that will guide Sandpoint into the future.

2. Among the myriad issues facing the city at present, what do you consider the single most important issue, and why? Please describe any other issues you feel are important.
In the upcoming November 5th election, I believe the important issue will be the City budget. 2012/2013 saw budget cuts in most departments. I believe Sandpoint City Council will again this year have difficult decisions to make in regard to allocations to all departments.

3. The city contributes funding for the SPOT bus, which provides daily free transportation between Sandpoint and Dover, Ponderay and Kootenai. SPOT officials this year have asked for a larger contribution from the city; do you favor or oppose increasing the city’s contribution to the SPOT bus?
I think the SPOT bus program is a valuable service for the area; however I don’t think it should be completely free to the public. I would participate in discussions regarding this in budget talks and would keep an open mind, but in general feel that additional funding from the City at this time is not a good idea.

7. Seeking to revoke a decade-long joint powers agreement, the Independent Highway District has begun withholding an estimated $370,000 per year of tax money paid by city residents that has been going to the Sandpoint street department for maintenance. The city has filed a lawsuit to have the joint powers agreement declared valid. Do you support the city's position in this case?
This is a complex issue that has been all the way to the Idaho Supreme Court. My opinion is that the city of Sandpoint need to be, as much as is possible, in control of the streets within the city limits. This would include control of the tax revenue. The lawsuit appears necessary to resolve these issues and I have confidence that our city attorney will have a favorable outcome.

8. Many streets in town have no sidewalks, or only partial sidewalks, and require pedestrians to walk in the street. The city's Pedestrian and Bicycle Advisory Committee has proposed a long-term plan for sidewalk improvement that would require installation and repair of sidewalks when residential properties are sold. Do you favor or oppose this proposal? What solution would you propose for construction and maintenance of safe sidewalks through town?
I know that most people don’t like the idea that they are responsible for the sidewalks in front of their homes or that they can be told they are required to replace them, however it is generally written into city codes in most western states. I favor this proposal. I think that upon the sale of property is a good time to require improvements that benefit our community. An example of which is the recent requirement for sewer lateral inspections upon the sale of properties. It has resulted in less contamination of our groundwater from leaking pipes and has reduced the infiltration of groundwater into the sewer system.

9. The aged Memorial Field grandstands face likely condemnation within a few years. City Council has approved final design for a $1.2 million grandstand reconstruction project, with fundraising undertaken by the nonprofit Friends of Memorial Field. Would you support allocating city funds for the grandstand project?
The memorial field grandstands are used by the residents of Sandpoint and Bonner County for a variety of purposes. Funds to replace them would need to come from a variety of sources as well. I would certainly be open to discussions concerning Sandpoint’s participation in funding of the replacement of the grandstands, but without a close look at the city budget as a whole, it would be hard to commit to financial support at this time. I hope that the community can be creative and generous in the fundraising for this cause.