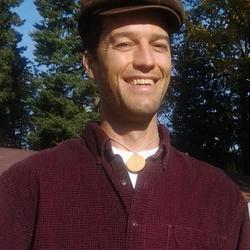 What particular experiences or skills qualify you for office?
I have seven years experience working with the city of Sandpoint in a variety of capacities. This broad experience gives me a thorough understanding of the function and process of city government. I had the opportunity to help craft a vision for Sandpoint as a vibrant destination community through the Comprehensive Plan Process. Then I implemented this process through re-writing the city’s zoning code. After 2 years on the Council I’ve had the opportunity to see the product of our work and its positive impact on Sandpoint and our quality of life here. Serving on the Downtown Redesign Committee in 2012 was a great opportunity that happens once in a lifetime. We are beginning to see the positive impact of this process as we begin implementing this design in our downtown core.  I am very grateful to have had the opportunity to do this work for the city during what I believe to be the most exciting time in Sandpoint’s history. The changes that have taken place over the last 5 years and will continue into the future have transformed our community into a wonderful destination for recreation, business and a better quality of life. Yet Sandpoint has retained its identity and historical character.

1. How many city council meetings or city committee meetings have you attended in the past year?
I’ve attended almost all meetings. I have missed about 3 this year.

2. Why are you running for City Council?
We have had a lot of turnover and limited participation on council over the last several elections and that lack of continuity is disruptive. It leaves council operating with a limited base of experience and wisdom. My work with the city started in 2007 and I feel several more years are needed to see through what we have started with the Comp Plan, New Zoning and Downtown Re-design. Sandpoint is emerging as a leader in Idaho in numerous ways, with its recent notoriety as a hotspot for aerospace and tech related industry, with its numerous actions to protect water quality in region and with its stance on human rights to name a few. I share a vision for Sandpoint to continue this trajectory while retaining the small town charm and livability that it always had.

3. Among the myriad issues facing the city at present, what do you consider the single most important issue, and why? Please describe any other issues you feel are important.
Economy: Economy affects everything. We live in one of the most beautiful places in the USA, but if people can’t afford to live here, they will go somewhere else where they can. We need to do what we can to keep Sandpoint employed and attract good business.

4. The city contributes funding for the SPOT bus, which provides daily free transportation between Sandpoint and Dover, Ponderay and Kootenai. SPOT officials this year have asked for a larger contribution from the city; do you favor or oppose increasing the city’s contribution to the SPOT bus?
Of course I favor increasing the city’s contribution! However, the city is consistently facing a budget shortfall. Numerous city employees were permanently laid-off last year in order to meet our annual budget. This is after running over budget for 3 consecutive years. We have met our budget the last two years I have served on council and I don’t believe any project or employment warrants spending money we don’t have. Increasing the city’s SPOT bus contribution means we are reducing our level of service somewhere else.

7. What role do you see for the City Council to play in creating a healthy local economy?
The council has a huge role. The council affects the whole economic climate of the community. The council sets the priorities for how our tax and utilities dollars are invested in public infrastrucuture. This investment can either attract private investment, or not. Coupled with quality public service, quality planning, zoning and urban design, council sets the tone and the standard for development in the city which make it a desirable destination for life, business, and recreation if done well.

8. As of October 1, the Downtown Sandpoint Business Association was dissolved and the city awarded the Greater Sandpoint Chamber of Commerce the contract to manage the downtown Business Improvement District. Do you have a position in regards to the management of the BID?
I think this was a positive move. It increased efficiency and probably improved service (too soon to tell on the latter).  The chamber is a broader representation of the business community and is a resourceful organization with a long history.

9. Seeking to revoke a decade-long joint powers agreement, the Independent Highway District has begun withholding an estimated $370,000 per year of tax money paid by city residents that has been going to the Sandpoint street department for maintenance. The city has filed a lawsuit to have the joint powers agreement declared valid. Do you support the city's position in this case?
Of Course. What other recourse does the city have? The Joint Powers Agreement has been ratified by the supreme court and has been in successful operation for ten years.  The city has been fulfilling its obligations. Not taking legal action would mean that the city forfeits $370,000/year that it depends on to maintain our streets. That is nearly half of our street budget! This would mean that we would see a noticeable deterioration in our city streets without action.
Maintenance of Sandpoint streets would be at the mercy and whim of IHD and its fair to assume the quality of service would not compare.

10. Many streets in town have no sidewalks, or only partial sidewalks, and require pedestrians to walk in the street. The city's Pedestrian and Bicycle Advisory Committee has proposed a long-term plan for sidewalk improvement that would require installation and repair of sidewalks when residential properties are sold. Do you favor or oppose this proposal? What solution would you propose for construction and maintenance of safe sidewalks through town?
Difficult issue. This is an expensive proposition that nobody has the money to solve. We want our sidewalks on every side of every street, yet we also want affordable homes.  Home owners will simply pass off the cost to the buyer raising all home prices. That said, I don’t have a better solution. There is no other place from where the money can come at this time.

11. The aged Memorial Field grandstands face likely condemnation within a few years. City Council has approved final design for a $1.2 million grandstand reconstruction project, with fundraising undertaken by the nonprofit Friends of Memorial Field. Would you support allocating city funds for the grandstand project?
If there were any, yes.  The city has been dealing with this problem for years. We need to find a creative solution for funding. President Logan brought forth a reasonable proposal that was rejected by voters (by a close margin) last election. Perhaps it wasn’t yet time.  Sometimes people have to lose it before they realize what they had. Then maybe voters would support it.