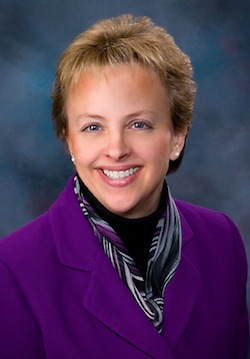 Recent or pertinent employment history:
I currently am the executive director of the Associated Logging Contractors and have held that position since 2000. I manage the business of the association and their safety consulting and safety supply subsidiary company and serve on the Governing Board of the Associated Loggers Exchange, a workmans' compensation insurance company. I have spent the last 30-plus years in business management.

Public offices held:
I've been honored by the voters to be elected to nine terms in the Idaho State Senate.

1. Why are you running for public office?
I am running for re-election to the Idaho State Senate because I would be honored to continue to be of service to Boundary and Bonner Counties in the State Legislature. I have been able to make some positive changes for the people of our area and enjoy public service and being able to cut the 'red tape' that sometimes occurs when people interact with their government.

2. Describe the top three to five issues you believe are most important; why you believe they are important; and your position on these issues.
I believe that the top issues facing our area and our state include: continued expansion of our economy - jobs; continued upgrades to our roads and other infrastructure like water and sewer; and; continued improvement to our K-Career public schools.

3. At local candidate forums, many of the candidates have identified the economy and job creation as issues of concern. Do you consider this an important issue for legislators; if so, what specific actions would you advocate or support to improve the economy and jobs?
I do believe that the economy and job creation are important issues for the state legislature. Although I believe that government does not, or should not, 'create jobs' I do believe the government sets the atmosphere for motivating businesses to stay and expand here and to attract other businesses to the state. Specifically, I believe we should complete the removal of the personal property tax that we've started and adjust income tax rates to be more competitive with surrounding states. I also believe we should be continually analyzing our rules and regulations to ensure that they are reasonable to conducting business and not burdensome. We should also be investing in upgrades to our transportation, water, sewer and other infrastructure as well as beefing up our professional technical education programs so that graduating students have the skills needed for the jobs businesses create.

4. The state's budget for education was cut back after the recession took hold. The 2014 Legislature approved a $66 million, 5.1-percent funding increase for K-12 public schools this year, yet the budget remains more than $100 million lower than the 2009 budget, and Idaho's per-pupil spending on K-12 schools is second lowest in the country. Do you favor or oppose increased funding for education? If you support increased funding, how should the state pay for it?
I support increased funding for K-12 education. It is important to remember that we are coming out of the worst downturn in our state's economy since the Great Depression and that in Idaho we balance our budget each and every year. K-12 budgets consume about one half of the state budget. We can increase the K-12 budget as our economy grows and we continue to create a business climate where existing businesses can expand and new businesses can be started and other businesses can relocated here. We also need to be certain that our tax system is fair and stable. I'm on record as supporting a comprehensive overhaul of the sales tax exemptions which is another piece of the funding puzzle and debate. These items are key to growing our K-12 budget.

5. In 2009, governors from 48 states undertook to develop a set of shared educational standards called the Common Core Standards. In 2011 the Idaho Legislature adopted the Idaho Core Standards, which schools are implementing this school year. The new standards have been supported by the governor, superintendent of education, business leaders and business groups; but they are opposed by grass roots groups from both ends of the political spectrum. What is your position on the Idaho Core Standards, and why?
I support the Idaho Core Standards. This is the third time in my legislative service that Idaho has changed the standards that we set for our K-12 students to meet upon graduation from high school. We appear to be on a 5 year rotation of analysis, proposal and adoption of new or revised standards and implementation of the standards. Idaho Core Standards were developed in Idaho by Idahoans and several series of public hearings, meetings and workshops were held around the state to take input and craft this latest set of standards prior to review by the education committees (not the entire legislature) of the state legislature. I see this as the next step in a continual cycle of analyzing whether our students graduate with the skills and knowledge they need to compete in today's world. Work on the next cycle has already begun.

6. With the rollout of the Affordable Care Act, Idahoans signed up at one of the highest per capita rates in the country - with more than 50,000 enrollments, second only to Vermont, according to Boise State Public Radio. Although Gov. Otter and most state legislators staunchly opposed the ACA, when it was ultimately upheld by the Supreme Court the governor and Legislature authorized a state-run health exchange rather than requiring Idahoans in need of health insurance to use the federal exchange. Do you support or oppose the state insurance exchange, and why?
I supported establishment of the state health exchange. I believe that doing so gave the state some say over how the federal health care system would be implemented in Idaho. EVERY STATE HAS AN EXCHANGE!!!! There is not one state in our country without an exchange. By having a state exchange, our fees are less than half of what the feds charge; our insurance rates continue to be among the lowest in the country; and; while the federal exchange requires detailed personal information in order to gain access Idaho allows people to browse plans and check rates anonymously. We prohibited insurance policies offered through our state exchange from offering abortion coverage. And, because we have a state exchange we have made sure that the 'connectors' that assist our citizens to apply for qualified helath plans are licensed agents and 'in-person' assisters that have all had background checks and received training. Our choice as a state was to either have a state exchange or a federal exchange - we did not have a choice not to have an exchange at all! By choosing a state exchange I believe we protected Idahoans!

7. Under the Affordable Care Act, the federal government encourages expansion of Medicaid benefits in the states and offered to pay up to 90 percent of Idaho's Medicaid costs for those under or near the poverty line. However, Idaho is one of two dozen states that have not expanded Medicaid, resulting in an estimated 55,000 residents unable to get coverage either under Medicaid or the health exchange. Should Idaho expand its Medicaid coverage? If not, do you propose an alternative to provide coverage or health care for this group?
I believe that the entire legislature needs to take a hard look at this issue. There have been several task forces that have all recommended expansion of Medicaid. Data seem to show that by not expanding Medicaid our property taxes will go up as those without coverage will fall into the indigent care program of the counties. It appears that expanding Medicaid could result in lowering the costs to taxpayers by not only taking the burden off the property tax payer and placing it on the federal and state tax systems but also by allowing for preventative health care which often reduces the costs by avoiding emergency and catastrophic care. I am interested in what other states are doing where they have applied to use the federal Medicaid dollars to buy helath insurance policies thus expanding care to those who need it and keeping the costs lower.

8. In their most recent session, legislators passed the so-called "ag-gag bill," a new law that makes it a crime to take photos or videos that document any practices in the animal agricultural industry, including animal abuse. The bill was supported by agricultural interests, but is now being challenged by animal welfare groups, proponents of First Amendment rights to free speech, and workers' rights groups who say it prevents farm workers from documenting unsafe conditions. Do you favor or oppose the ag-gag bill, and why?
I voted No on the so called 'ag-gag' bill. I did not feel it was needed.

I do not condone what the activists did in the dairy in the Twin Falls area and do not condone activism like is sometimes utilized by groups like PETA.

I voted no as I believe there are laws in place that are designed to prevent abuse of working animals and laws in place to hold activists like those in the Twin Falls dairy case accountable for their actions.

Another new law passed this year was a bill that overrides no-carry gun policies on Idaho's college campuses. The bill to allow the carry of concealed weapons on campus was opposed by all eight state university presidents, plus the state Board of Education. It was favored by gun rights' groups. What is your position on this issue of guns on campus, and why?
I voted no on this bill. The language in the law that originally allowed this decision to be made by the college and university presidents was brought to the Idaho State Legislature by the NRA. I supported that duty then and remain confident in our college and university presidents to make the correct call for the security of their campuses.

I support the 2nd Amendment but this legislation - now law - just doesn't make sense, and, really doesn't accomplish what its supporters want it to do. I stick by the NRA's first proposal that was the law until this past session - leave the decision to the college and university presidents.

10. What differentiates you from other candidates? Why should people vote for you?
I believe that I have demonstrated common sense and realistic pragmatic decision making and have tackled head on the issues we face at the state legislature making some positive progress. I believe my demonstrated ability coupled with my seniority gives our area the best seat at the table. The State Senate runs on the seniority system. I am number 2 out of 35 in seniority in the Senate which gives me the vice-chairmanship of the budget committee and the senior seat on the transportation committee as well as a leadership role in guiding our state. I believe these attributes differentiate me from the other candidates in this race and make a vote for me a solid choice for reason and common sense in governing.

I consider it an honor and a privilege to represent and be of service to the people of our area. I thank you for your consideration.