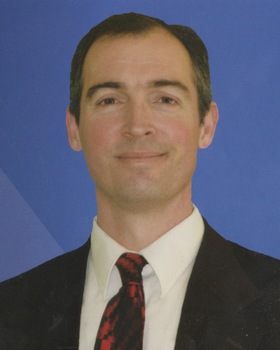 Nonprofit groups, service or professional organizations to which you belong:
None

1. Why are you running for public office?
I see a growing trend towards larger and more intrusive government in the State of Idaho, which is detrimental to Idaho's citizens and economy. This trend is generally perpetuated by the receiving of Federal funds and the policy requirements associated with them. With the continual growth and influence of our Federal government, it is imperative that Idaho has legislators who understand the foundations of our country and state. Idaho needs legislators who are willing to defend Idaho's citizens and values, and not ones who seek to maintain the status quo of their party and peer group. I am running on order to reverse this trend, to promote the liberty and prosperity of Idahoans, and to secure a brighter future for ourselves, and for our children.

2. Describe the top three to five issues you believe are most important; why you believe they are important; and your position on these issues.
1) Improving the business climate in Idaho. Idaho ranks last among its neighboring states regarding a business friendly environment. We have the 22nd highest corporate tax rate in the country, and our other taxes contribute to the impediments to businesses moving to Idaho. We need to alter our current tax policy to make us more competitive in regards to what Idaho can offer businesses looking to move to the Northwest.
2) Returning the 62 percent of Idaho lands under Federal control back to Idaho. When Idaho is able to manage these lands, independent of the Federal government, we will be able to protect and utilize our lands in a manner best for Idaho. My position is that the Idaho legislature should pursue every available avenue, i.e. legal, legislative, and economic, in order to exercise our claim to the title to these lands as required by the U.S. Constitution.
3) Repealing the State Health Care Exchange. The State version of the National fiasco did not have to implemented and has brought increased premiums, higher costs to businesses, and lower employment. It is being funded by Federal dollars and automatically directs applicants to the Federal exchange anyway.  I propose the repeal of the state health exchange in Idaho and will work to ease interstate purchases, encourage direct pay alternatives, and promote free-market alternatives that lower costs for those who wish to purchase health insurance.

3. At local candidate forums, many of the candidates have identified the economy and job creation as issues of concern. Do you consider this an important issue for legislators; if so, what specific actions would you advocate or support to improve the economy and jobs?
Yes, this is an important issue. Amending our current tax structure to make Idaho a more inviting destination for businesses, would be the first step towards improving the economy and providing jobs. Another step would be to return control of Idaho's lands to Idaho in order to manage our own resources and derive the economic benefits currently unattainable.

4. The state's budget for education was cut back after the recession took hold. The 2014 Legislature approved a $66 million, 5.1-percent funding increase for K-12 public schools this year, yet the budget remains more than $100 million lower than the 2009 budget, and Idaho's per-pupil spending on K-12 schools is second lowest in the country. Do you favor or oppose increased funding for education? If you support increased funding, how should the state pay for it?
Without deeper investigation as to the actual needs, I oppose increasing the funding for education, at this point.

7. Under the Affordable Care Act, the federal government encourages expansion of Medicaid benefits in the states and offered to pay up to 90 percent of Idaho's Medicaid costs for those under or near the poverty line. However, Idaho is one of two dozen states that have not expanded Medicaid, resulting in an estimated 55,000 residents unable to get coverage either under Medicaid or the health exchange. Should Idaho expand its Medicaid coverage? If not, do you propose an alternative to provide coverage or health care for this group?
We should not expand Medicaid coverage. The numbers I have read say that the Federal government will only cover 70 percent of the cost, and that is for only three years, leaving the State of Idaho responsible for funding an enormous expense that could consume up to 90 percent of our budget. This would leave virtually nothing available for Education and infrastructure. The 55,000 who are unable to get coverage, were unable before the ACA as well, and Medicaid expansion is a shoe-horn into a single-payer system. We need to increase the ability of private charities, fraternal organizations, and faith-based organizations to serve the needs of the indigent, as opposed to constantly looking to government as the provider and sustainer of life.

8. In their most recent session, legislators passed the so-called "ag-gag bill," a new law that makes it a crime to take photos or videos that document any practices in the animal agricultural industry, including animal abuse. The bill was supported by agricultural interests, but is now being challenged by animal welfare groups, proponents of First Amendment rights to free speech, and workers' rights groups who say it prevents farm workers from documenting unsafe conditions. Do you favor or oppose the ag-gag bill, and why?
I favor the "ag-gag" bill because it protects an industry that is vital to Idaho's economic success from those who place animals above people. Often the "whistleblowers" have a specific agenda they are interested in promoting and will illegally represent themselves in order to gain access to agricultural facilities in an attempt to cause them to cease operations. The First Amendment argument is very subjective, as is the contention of the inability to document unsafe conditions.

9. Another new law passed this year was a bill that overrides no-carry gun policies on Idaho's college campuses. The bill to allow the carry of concealed weapons on campus was opposed by all eight state university presidents, plus the state Board of Education. It was favored by gun rights’ groups. What is your position on this issue of guns on campus, and why?
As a supporter of the Second Amendment, I oppose any restriction on a certified individuals's right to carry a concealed weapon, anywhere. "Gun-free" zones are targets and not protected areas, and the opposition to concealed-carry laws tends to be political and not based on statistical evidence.

10. What differentiates you from other candidates? Why should people vote for you?
Through their extended tenure I believe the incumbents have become complacent towards government's proper role and instead have become influenced by lobbyists and party pressure. I have a strong understanding of the Founders intent of both Idaho and our Country, and believe that while government is necessary to protect us from each other, less government is beneficial for all people.  I believe people should vote for me because I am a man of strict integrity and principle, who can gain consensus without betraying those principles, and who will protect our God given rights as individuals and as a State against any opposition.