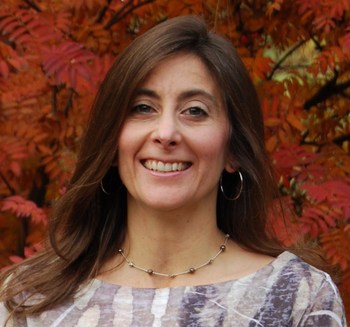 Nonprofit groups, service or professional organizations to which you belong:
President and Board of Directors of God's Provision Thrift Store, Priest River

1. Why are you running for public office?
I am not satisfied with my representation at the state level. I believe Idaho needs a new direction, away from federal handouts and big-government overreach.

2. Describe the top three to five issues you believe are most important; why you believe they are important; and your position on these issues.
• Repealing the State Health Care Exchange. I believe it is important to repeal this Exchange which destroys our state sovereignty and reduces individual freedoms.
• Idaho taking ownership of federally titled lands within its borders to improve its economy, properly manage our forest and wilderness areas, create jobs, and support its schools.
• Reducing regulations and taxes that severely impact our small businesses. Again, the objective is to stimulate the economy and create jobs.
• Protect our privacy and protection from Federal overreach.
• Term limits for State elected officials.

3. At local candidate forums, many of the candidates have identified the economy and job creation as issues of concern. Do you consider this an important issue for legislators; if so, what specific actions would you advocate or support to improve the economy and jobs?
Yes, it is very important.
• Reduce taxes and regulations on businesses. Examples include (but are not limited to) eliminating the food sales tax and providing tax reduction incentives for businesses who make and sell their products within Idaho.
• Draft legislation to encourage small family-run businesses. Examples include (but are not limited to)
1) kitchen cottage industry laws similar to Washington State;
2) tax breaks for transferring family agriculture , mining or timber businesses to family members
3) providing tax credits to small businesses willing to partner with high school skill mentoring programs.

4. The state's budget for education was cut back after the recession took hold. The 2014 Legislature approved a $66 million, 5.1-percent funding increase for K-12 public schools this year, yet the budget remains more than $100 million lower than the 2009 budget, and Idaho's per-pupil spending on K-12 schools is second lowest in the country. Do you favor or oppose increased funding for education? If you support increased funding, how should the state pay for it?
I favor proper spending on education. It is the state's job to fund schools by managing the school endowment fund. Mismanagement of this fund hurts our schools and puts burdensome taxes on our communities to make up the difference in recurring and expensive levies, even as student populations are declining. I believe that legislators should not be dictating how local schools spend their money. This is an issue of local control, and the decision should be in the hands of the school board.

7. Under the Affordable Care Act, the federal government encourages expansion of Medicaid benefits in the states and offered to pay up to 90 percent of Idaho's Medicaid costs for those under or near the poverty line. However, Idaho is one of two dozen states that have not expanded Medicaid, resulting in an estimated 55,000 residents unable to get coverage either under Medicaid or the health exchange. Should Idaho expand its Medicaid coverage? If not, do you propose an alternative to provide coverage or health care for this group?
No, we should not expand Medicaid because it is an unfunded mandate, albeit with delayed costs. Taking yet another federal handout is a sure way to cripple our state sovereignty, reduce our independence and reduce our freedoms. We need to take back ownership of the federally titled lands within our border so we can develop our natural resources, provide jobs, income and taxes to pay for it without federal involvement.

The fact that the federal government is "paying for the expansion for the first 2 years" is worrisome. If you go to my face book page, Heather Scott for North Idaho, you will see a short 4 minute video explaining how the Medicaid expansion will hurt us. Unfortunately, our current legislators have already signaled that they may vote in favor of the expansion, which will hurt us in the long run. Indications were given that the issue wasn't addressed in this year's session because it was an election year.

8. In their most recent session, legislators passed the so-called "ag-gag bill," a new law that makes it a crime to take photos or videos that document any practices in the animal agricultural industry, including animal abuse. The bill was supported by agricultural interests, but is now being challenged by animal welfare groups, proponents of First Amendment rights to free speech, and workers' rights groups who say it prevents farm workers from documenting unsafe conditions. Do you favor or oppose the ag-gag bill, and why?
I support it. This is a property rights issue and animal rights or any other special-interest groups should be barred from interfering with legal agriculture operations. The argument that this is somehow a First Amendment right is groundless. Farm workers have numerous other options to pursue safety issues at work such as OSHA.

9. Another new law passed this year was a bill that overrides no-carry gun policies on Idaho's college campuses. The bill to allow the carry of concealed weapons on campus was opposed by all eight state university presidents, plus the state Board of Education. It was favored by gun rights’ groups. What is your position on this issue of guns on campus, and why?
Every person in our country has the right to keep and bear arms (as long as they are not a felon and are of legal age) and to protect themselves. In light of the many mass shootings that have taken place on school campuses, it is difficult to make a reasonable argument for why it should be any different on college campuses. I strongly support our 2nd Amendment rights and that includes everywhere.

10. What differentiates you from other candidates? Why should people vote for you?
As a former small-farm business owner and a conservative with small-government, common-sense principles I am committed to making fiscally prudent decisions at the state level and also preserve our state sovereignty. During my 16 years in Bonner County I have been deeply involved in charitable as well as conservative causes. As an aquatic biologist, I am the only candidate who has hands-on experience in dealing with invasive aquatic species such as milfoil and quagga mussels. I intend to bring that experience and my North Idaho conservative values to the table in Boise.