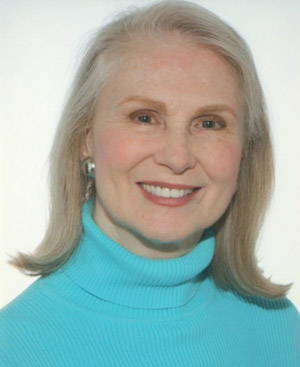 Years of residence in Bonner County and Idaho: 12 years

Marital status/family. Are, or were, you a parent of a child in the school district? No.

Nonprofit and service groups or relevant professional organizations to which you belong:
• 12-year member of Sandpoint Community Assistance League, including serving on the grants committee and volunteering at Bizarre Bazaar for many years
• 12-year member of Bonner County Republican Women, including 2 years as president and 8 years as board member, chairing or serving on various committees
• Member of the Bonner County Property Rights Council appointed by County Commissioners, 2014

What particular experiences or skills qualify you to serve on the school board?
I bring 20 years of management experience in public administration to the table. At Cal State San Bernardino, where the mission was to train, credential, and prepare teachers and school administrators for their positions, I observed firsthand the importance of having qualified personnel enter those fields. I served on the faculty recruitment committee, hired and managed staff, administered the budget, and developed and oversaw the implementation of policies. As records manager at two large police departments I was responsible for hiring and managing clerical personnel, budgeting, and developing departmental policies and procedures. In all positions, interaction and communication with the public, elected officials, and other departments was an important part of the job.

Candidate Positions
1. Why are you running for trustee? How much time can you devote to board service?
While our community is generally supportive of its schools, there is a deep divide when it comes to the school board's decisions and actions. As "education watch dogs" trustees are on the front line of healing that divide through better communication with the community. I am retired and able to allocate as much time and effort as necessary to serving on the board.

2. How many school board meetings have you attended this past year? How many schools in our district have you visited? Are you involved in other school activities?
For the last year and a half I have regularly attended school board meetings as well as several levy presentations by Superintendent Woodward.  My interest in the school board goes back as far as the tenure of his predecessor, Superintendent Cvitanich, whose levy meetings I also attended. As president of the Bonner County Republican Women, our board awarded a $1,000 scholarship to a Sandpoint High School student, which I presented at Clark Fork High School. I've also attended sports events and regularly support student fundraising efforts.

3. Do you believe the district is doing a good job or poor job in educating students? Why?
LPOSD's recent awards and academic performance ratings in preparing students for college point to a job well done. But we can do better in the area of training students for jobs in trades and other non-college-related fields that fit within the local economy. Specifically, employers in the service and manufacturing sector speak of difficulty finding employees with basic work ethic and job skills.

4. Describe the top three to five issues you believe are facing our school district, with your position on these issues.
• Excellence in Education – To broaden the district's good record, the focus needs to be on both college-bound students as well as those going straight into the work force, whether it's in trades, the military, or other positions, always with an eye on where a skills gap exists locally and statewide. Currently Idaho has more than 20,000 job openings, with 4,300 considered hard-to-fill and ranging from truck drivers to health care workers.
• Fiscal Responsibility –
- Levy dollars help bridge the gap between state funding and school needs. Many citizens are concerned about how those dollars are spent, and the school board, as the direct link between citizens and the schools, needs to take those concerns into consideration.
- Facilities maintenance and management need to be addressed on an ongoing basis to avoid disrepair that requires major modification or even rebuilding. In the short run this means diligence, in the long-run, careful planning.
• Commitment to Community – Overseeing the academic and fiscal aspects of the district is the school board's function, and it needs to happen with a higher level of community input. That includes making the community aware of the issues coming up for discussion at school board meetings to give them the opportunity to weigh in.

5. Last August, the school district proposed a $55 million plant facility levy to rebuild Sandpoint Middle School, Northside School, most of Washington School, and address district-wide facility and maintenance needs identified as critical. The levy failed, with 65% voting against. Did you vote for or against it, and why? Do you believe the levy was addressing real needs? How should the district fund replacement and repair of schools?
I voted against it. Having attended the school board meetings during which the levy was discussed, it became obvious that it was flawed on many levels. Inadequately identified needs, questionable budget estimates, unconventional financing, an unexplained rush to get all projects done in two years, and purposely excluding the public from the facilities planning committee raised many questions. A couple of trustees voiced their concern but approved it anyway. In the future, each building's problems need to first be evaluated in-depth by industry experts, with proper budget estimates to determine if repair or replacement is the best course of action. Financing should be through a bond, not a levy, to prevent the heavy financial impact on citizens' taxes. Under those circumstances I would support a construction and maintenance bond – for one school at a time.

6. The recent $17 million supplemental instructional levy passed March 14, with 64% voting in favor. Did you vote for or against this levy, and why?
I supported the existing $15.7 million levy after attending all of the school board meetings during which the levy was discussed. I am aware that the state does not fully fund education and that therefore supplemental levies are a necessity, but I came away from these meetings with the conviction that some of the justifications for this particular levy were questionable. One of the seven options on the table during the discussions was the retention of the existing $15.7 million levy. That is the option I supported, and I believe that it would have passed without opposition by the community.

7. To bring down costs, would you support closing rural schools such as Clark Fork, Northside or Southside? Would you support larger class sizes? Would you support saving money on extracurricular activities, including athletics, by charging fees to participate?
All three of these topics would require in-depth study before raising them as alarmist topics during every recent supplemental levy. I am not aware that any studies have been done. It should be pointed out that school closures cannot happen at the direction of the district; they require a separate vote of the people. I believe a case could be made for smaller class sizes in the lower grades, whereas in the upper grades larger class sizes might be justified based on the college model. But, again, these issues need thorough study.

8. What changes, if any, would you seek in the district's curriculum?
• Common Core, later called Idaho Core, generated much opposition throughout the state since its inception and for many reasons, including its expense, testing requirements, and lack of local control. I would support repealing Common Core.
• I would like to study the district's current curriculum in depth to get a clear picture of it in the upcoming months.

9. What do you see as the role of technology in education?
There is no doubt that technology education is important for students, whether they are college-bound or choose to go into trades, agriculture, service jobs, or the military. Technology is a permanent aspect of our economy, and with ever more advanced applications.

10. What, if anything, should our schools do about teaching values? Should our district teach about family life, sex education, AIDS? How should gay/LBGTQ issues be handled?
Values should first and foremost be taught at home, and support teaching them in schools as long as parental rights are respected in the process. I support teaching about AIDS as an important public health issue.  Gay/LGBTQ issues are in the news every day and should be addressed in a manner that neither promotes nor denigrates them.