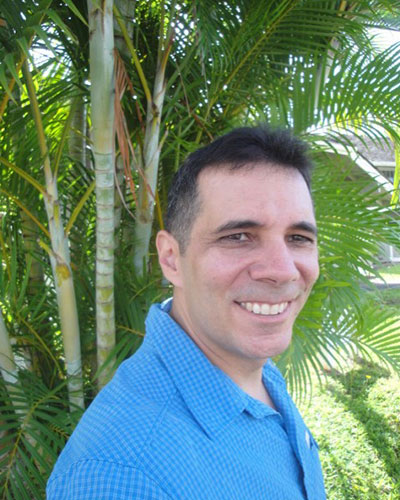 Years of residence in Sandpoint and Bonner County: 2 yrs

Other experiences or skills that qualify you for office:
Condominium Board Member 2 yrs, Lived in multi-cultural environment overseas, operated multi-million dollar projects within allotted budget, directed large groups to work as a team and accomplish difficult missions, entrusted with national security issues for past 24 yrs

Candidate Positions
1. Among the myriad issues facing the city at present, what do you consider the most important issues, and why?
1. Employment opportunities: There seems to be a shortage of above average jobs in the Sandpoint area. This is nothing new but we need to address what we can do to improve wages and the number of better jobs for the citizens of Sandpoint.
2. Entry level housing: There seems to be a shortage of affordable housing in the community.
3. Traffic Congestion: There also has been recent increase of traffic congestion. Some of the congestion may be alleviated when the road construction is complete. We can have a better idea if the down town road design has caused the surge in traffic or some other factors play a part.

2. The University of Idaho has announced that it intends to sell its undeveloped 77-acre property on North Boyer alongside Sand Creek. The city is currently conducting workshops and meetings to collect input on possible changes to the comprehensive plan to guide future development and use of the property. Do you have a position on the use of this property or the process the city has initiated?
The Boyer property would be great for entry level housing. It would be nice to incorporate facilities that would benefit the community.

3. The new grandstands at Memorial Field were completed this year, but with the dedicated 5-year, 1-cent sales tax for their construction producing revenue for additional projects the city is now considering a replacement of the turf with either upgraded grass turf; artificial turf; or a hybrid. What is your position on the turf question?
There are benefits to both options. I would need to review the benefits analysis to see what is best for the community.

4. A follow-up on parks: If additional funds are available for park projects, do you have projects you would want to pursue? The city is exploring a new master plan for City Beach; do you have a position or ideas for potential changes, additions or development of City Beach?
City Beach is a fantastic park but I would need to review any of the potential options as well as a cost benefit analysis.

5. Jobs and the local economy are always an election issue. How would describe the economy of Sandpoint today? What role do you see for the City Council/Mayor to play in creating a healthy local economy to foster growth of living-wage jobs in Sandpoint?
Sandpoint’s economy shows signs of growth and help wanted signs are starting to become more common.  Steady growth of the economy is a key role of the City Council and Mayor of Sandpoint.

6. The city has moved toward construction of fiber optic or high-speed Internet in Sandpoint in order to attract and retain companies as well as benefit residential users. Do you feel this is an important project for the city to undertake; if so, do you feel the process to launch the service is satisfactory?
Technology is important to stimulate growth. We need to integrate the input of local businesses, the public and City to access viability.

7. Related to the economy is the matter of affordable workforce housing. Do you feel affordable housing is an issue; if so, do you have plans to address it?
Affordable housing is a challenge in desirable areas. People need to be creative in finding ways to offset the cost by sharing living space with roommates or family members until they can afford more comfortable options.

8. Sandpoint's downtown has undergone a major realignment of traffic patterns to remove one-way streets and convert virtually all streets to two-way. A downtown redesign to widen sidewalks, add storm water swales and other changes carries on next summer starting with Cedar Street. What is your position on these changes to downtown? Corollary question: As downtown parking is a perennial issue; how do you view changes instituted by the city in the past year concerning the management and enforcement of parking? Do you have other ideas concerning parking issues?
As the city grows traffic and parking issues become more common. Riding a bike or walking just once a week can have an impact on getting around downtown. I personally don’t have a problem finding a parking space and the traffic in Sandpoint is a whole lot better than Coeur d'Alene or Spokane.

9. Increasing train traffic, specifically trains transporting coal and volatile oil, has become an issue locally and regionally with citizens who identify environmental and public safety threats. Do you feel this is an important issue for city officials; if so, what actions to you advocate?
I have not seen any impact studies that would allow me to make an informed decision on this issue.

10. Here's a final three-part question:
- How much time will you devote to your position? I’ll spend enough time to understand the issues and make informed decisions on what is asked of me.
- How many City Council meetings have you attended in the past two years? I’ve attended three meetings due to working in the evenings.
- Why are you running for public office? I love Sandpoint which is my new home and want to give back to the community.