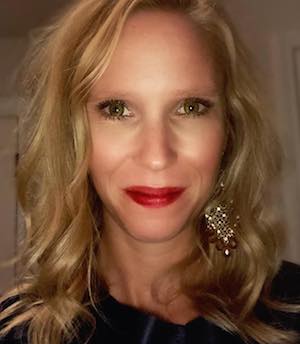 Years of residence in Sandpoint and Bonner County: 8 years.

Recent or pertinent employment history:
Nonprofit Executive Director as of 2011.

Nonprofit groups, service or professional organizations to which you belong:
Current Executive Director of a nonprofit organization. I support the fundraising initiatives of other nonprofits when I can.

Other experiences or skills that qualify you for office:
I currently serve as an elected member of the Association of Idaho Cities Municipal Water Users Board and as an appointed member of their Environment Committee.

Candidate Positions
1. Among the myriad issues facing the city at present, what do you consider the 2-3 most important issues, and why?
In my opinion, the most important issue facing our community right now is the city properly juggling the 10 master/planning efforts we’re committed to. We are in the middle of upgrading and ultimately replacing our wastewater treatment facility, which will impact our rate-payers. Our master/planning efforts must go off without a hitch so that their outcomes fulfill both the vision of the community and result in feasible financial plans for project implementation.

2. Generally speaking, do you feel the city council and the mayor have been taking the city in the right direction at present? Anything you would want to do differently if elected?
I do feel that the city’s elected body has been taking Sandpoint in a positive direction. Together, we created a strategic plan in coordination with city staff and identified our strategic priorities, which were adopted by the city council. Together, we have decided that as a city, we must be proactive rather than reactive in how we approach all the issues that impact the residents and visitors of Sandpoint. If elected mayor, here’s what I would do differently. I would prioritize collaboration with our city council members and staff to build the trust that is necessary to carry out our collective vision over the next 4 years as a high functioning team.

3. The city right now has a master planning process under way for the city's parks. Recently its consultant, Green Play LLC, unveiled recommendations for major changes at City Beach, Memorial Field, Travers Park and the Sand Creek Landing. What's your take on this master plan process, and do you have an opinion on the changes recommended in their draft plans for these parks?
I think the masterplanning process has been very valuable. Green Play and the city have worked hard to engage residents and visitors to Sandpoint in the conversation around the future of our parks and the resources they provide to the community. The conceptual plans that have been presented are undoubtedly ambitious, but also capture how our larger community would like to see our major parks look like and provide over the long-term. The changes presented are suggestions at this point and would need to be approved before being implemented. Proper funding needs to be identified and secured before making any major investments in new infrastructure.

4. Two specific follow-ups on the parks plan:
• The initial conceptual plan presented for City Beach is dependent upon the City being able to negotiate a land swap with the Best Western Edgewater Hotel property owner. What is your position on the proposed land swap?
If the City is unable to negotiate a land swap, there are well thought out alternatives to the conceptual plan already in place that were presented to the City Council.
• The initial concept for the Memorial Field plan would replace the grass playing field with artificial turf. What's your position on the grass vs. turf question?
Each option presents benefits and challenges. Turf increases playability and minimizes water, fertilizer and pesticide usage. Grass more fully satisfies the needs of the Festival, which is an important consideration and continues the legacy of Memorial Field. As a mother of a Strikers soccer player, water quality advocate and Festival participant, I see both sides. It will be a difficult decision.

5. Bonner County has initiated a lawsuit against the city of Sandpoint over its lease of Memorial Field to the Festival at Sandpoint, which bans guns at its concerts. What is your take on this, and what action do you think the city should take?
The city does not ban guns on public property. When the city leases public property to private entities, it’s the city’s position that the private entity can establish its own codes of conduct. The Festival made the decision to ban guns, not the city. The city is currently defending itself from a lawsuit initiated by the county, as it should. It’s unfortunate that the residents of Sandpoint will pay for the outcome of this litigation twice as taxpayers.

6. Jobs and the local economy are always an election issue. How would describe the economy of Sandpoint today? What role, if any, do you see for the City Council/Mayor to play in creating a healthy local economy to foster growth of living-wage jobs in Sandpoint?
From my observation, there are some that doing quite well financially, there are others that are really struggling and there’s folks in between. As a city, we continue to work hard to diversify our local economy and we’ve made progress. Sandpoint is now a member of the Bonner County Economic Corporation, which is a development that I support. The city has been trying to tackle economic development “in house” for years. We absolutely do need to invest our time and talent in bringing good jobs to Sandpoint, but we also need to address this issue at a regional level. In doing so, we can better leverage innovative ideas and strategic relationships.

7. Related to the economy is the matter of affordable workforce housing. Do you feel affordable housing is an issue the city council can tackle; if so, do you have plans to address it?
Affordable housing is an issue that our elected officials have no choice but to tackle. It’s our responsibility to our citizens. We’ve had many conversations about how to address this issue over the years. From making changes to how we limit short-term vs. long-term rentals to performing a new housing assessment, it’s a priority. A workshop with local developers helped us identify areas where the city could make changes that may help alleviate our affordable housing stock shortage. We need to continue the conversation locally, learn lessons from success stories regionally, and act..

8. Downtown Sandpoint is in the midst of a multi-year revitalization project, that last year rebuilt Cedar Street and right now is rebuilding First Avenue with wider sidewalks, new parking schemes and new furniture. Do you support this, or is there anything you would do differently? One concern that has been voiced in the face of these and other changes brought about by growth is their impact on the character of our town. Do you share that concern; if so, do you see steps to take to help Sandpoint retain its small-town character?
The intent the downtown revitalization project is to make downtown more inviting throughout all four seasons. It will also help protect water quality though proactive stormwater management.
The city worked hard to collect feedback from all stakeholders that wanted to participate so they had a say in the design aspects of the project including hardscapes, furniture, trees and stormwater swales. I believe this public engagement process does help preserve Sandpoint’s small town character. However, I’ve also heard lots of feedback that downtown is a mess right now. We need to do a better job of communicating the scale of projects such as these and the actions we are taking to minimize negative impacts to our residents and visitors.

9. The University of Idaho is in the process of selling its 77-acre property on North Boyer alongside Sand Creek to a private developer and builder. The city has conducted workshops and meetings to collect input on possible changes to the comprehensive plan to guide future development and use of the property. Do you have a position on the use of this property or the city's role in its development?
It’s unfortunate that the city was unable to obtain the grant funding required to purchase the U of I property. The visioning process with community members was conducted in full faith that the city would be able to purchase the property and carry out that vision into the future. Even though this is a private sale between the University of Idaho and the developer, the city should have a seat at the table in terms of how the property is developed to preserve as much of the community’s vision as possible.

10. Here's a final three-part question:
- How much time will you devote to your position?
As much time as it takes to deliver positive outcomes for the citizens of Sandpoint.
- How many City Council meetings have you attended in the past two years?
I have attended the vast majority of meetings in the last two years. I usually miss one of the meeting in June when I attend a professional conference, but that conference didn’t take place this year. I have called in to participate in council meetings when ill and when on vacation to ensure that we have a quorum. I have chaired city council meetings whenever our Mayor has been absent.
- Why are you running for public office?
I was inspired to run for office in 2013 by my two kids. I chose to raise them in Sandpoint and I remain committed to making Sandpoint a great place for families and everyone that wants to live here. I’m now running for mayor because we’ve made promises to our citizens that we need to deliver on over the next 4 years. I’m a methodical and pragmatic leader that will get the job done.