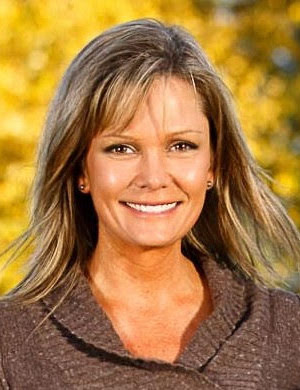 Years of residence in Sandpoint and Bonner County: 17 years

Recent or pertinent employment history: Worked the last 10 years for Bonner County Government as an I.T. Technician. and an Administrator.

Public offices held: hopefully this one.

Nonprofit groups, service or professional organizations to which you belong: 7B Women, Parliamentarian (Robert's Rules of Order), HAM Amateur Radio Technician. I also support nonprofits as I can throughout each year.

Other experiences or skills that qualify you for office: I've worked for Bonner County Government for ten years. I've attended and been involved in many meetings at many different levels within county government, which has given me insight on how to move past rhetoric and towards resolutions.
I currently work in I.T. and it is part of my day-to-day workday to problem solve. This is a skill I believe is valuable, paired with my project management experience, in reaching solutions. Some of my other applicable skills include, budget preparation, grant management, research and interviewing, extensive documentation, technical writing, web development, and collaboration with colleagues across all organizational levels.

Candidate Positions
1. Among the myriad issues facing the city at present, what do you consider the 2-3 most important issues, and why?
1. Parking and traffic flow. Including the issue of delivery trucks having room and blocking traffic. Snow removal is also on ongoing battle. Growth is inevitable, so we need to plan for increased parking requirements.
2. Waste water treatment.
3. Government transparency and communication to the community.

2. The University of Idaho is in the process of selling its 77-acre property on North Boyer alongside Sand Creek to a private developer and builder. The city has conducted workshops and meetings to collect input on possible changes to the comprehensive plan to guide future development and use of the property. Do you have a position on the use of this property or the city's role in its development?
I believe the City isn't involved in development past the point of the guidelines established by our Planning Department. If the developer is going to develop it, I would hope a combination of recreational opportunities, such as a trail system, in combination with housing which reflects the character of the nearby neighborhoods and respects the nature and history of the area.

3. The city right now has a master planning process under way for the city's parks. Recently its consultant, Green Play LLC, unveiled recommendations for major changes at City Beach, Memorial Field, Travers Park and the Sand Creek Landing. What's your take on this master plan process, and do you have an opinion on the changes recommended in their draft plans for these parks?
The Master Plan is comprehensive and important, however, we might be putting the cart before the horse a bit. The sewage treatment and other issues should be addressed, and then the parks. Moving forward I would advocate for improved community engagement. For instance, the communities surrounding each specific park should be alerted to any proposed plans, so they have the chance to attend or participate in meetings/workshops/forums as desired. This could be as simple as a knock on the door or a flyer on the door, with information regarding the proposed changes.

I'm concerned about the lack of transparency with maintenance and replacement costs for the artificial turf, I'd like to see a comparison to natural turf cost and maintenance, and I'd like the topic of playability with reference to the athlete to be addressed in terms of injuries. I'd also like to see the City publish or post an environmental study indicating the turf will not be harmful to the environment before it is installed.

4. Two specific follow-ups on the parks plan:
• The initial conceptual plan presented for City Beach is dependent upon the City being able to negotiate a land swap with the Best Western Edgewater Hotel property owner. What is your position on the proposed land swap?
It seems the land swap would be beneficial for both parties, including the citizens of Sandpoint. It is my understanding the swap would allow the larger footprint of the proposed new building/restaurant to take place, which I would think everyone wants.
• The initial concept for the Memorial Field plan would replace the grass playing field with artificial turf. What's your position on the grass vs. turf question?
This is a moot point since the Council voted in favor of artificial turf and are proceeding with its installation. I will say that I was hoping they would try the turf on one of our other fields first before moving forward with it for Memorial. I’m also concerned that the 1% tax which is covering the turf's initial installation will sunset in a year, but the turf will wear out and need to be replaced. Where will that money come from? Does the old turf go to a land fill? I would also like to see an option for part artificial and part real-grass, depending on field use.

5. Bonner County has initiated a lawsuit against the city of Sandpoint over its lease of Memorial Field to the Festival at Sandpoint, which bans guns at its concerts. What is your take on this, and what action do you think the city should take?
This is a prime example of the disconnect between City and County which I wish to bridge. I've been informed that the County invited the City to a discussion regarding this and the City declined to respond. I've also been informed that the City never received an invitation and were unprepared for the lawsuit. Obviously there's a lack of communication and/or collaboration. I would like to be part of the solution in the future of bringing both parties to the same table for more of a mediated conversation and less of an extreme path at the expense of the community.

6. Jobs and the local economy are always an election issue. How would describe the economy of Sandpoint today? What role, if any, do you see for the City Council/Mayor to play in creating a healthy local economy to foster growth of living-wage jobs in Sandpoint?
With our current economy, there are available jobs and wages are reasonable. That may not go on forever and I believe it is important that the City look at their part in our economy by reviewing regulations and additional costs put on businesses in our city. We need to become more business friendly.

7. Related to the economy is the matter of affordable workforce housing. Do you feel affordable housing is an issue the city council can tackle; if so, do you have plans to address it?
We can create the environment to foster more affordable housing. We can look into HUD type grants. In other areas they have successfully incentivized developers by using a tax forgiveness model, this is at least an option we should pro/con. Also, since real estate prices are market driven, getting the sewer system upgraded would facilitate development which will serve to reduce housing costs via supply and demand.

8. Downtown Sandpoint is in the midst of a multi-year revitalization project, that last year rebuilt Cedar Street and right now is rebuilding First Avenue with wider sidewalks, new parking schemes and new furniture. Do you support this, or is there anything you would do differently? One concern that has been voiced in the face of these and other changes brought about by growth is their impact on the character of our town. Do you share that concern; if so, do you see steps to take to help Sandpoint retain its small-town character?
It's important to keep up on infrastructure, as long as the plan includes input from local businesses. A priority should be that downtown businesses are not damaged by infrastructure updates. Project management is critical to avoiding work slowdown or stoppages.

9. Generally speaking, do you feel the city council and the mayor have been taking the city in the right direction at present? Anything you would want to do differently if elected?
There's an imbalance between infrastructure and city beautification. Spending priorities have to be infrastructure first, and part of infrastructure can be upgrading to more modern and efficient solutions to things such as water runoff, traffic flow and parking. Tourism will always be a part of the equation here, but I believe the priority should be infrastructure and skilled jobs.

10. Here's a final three-part question:
- How much time will you devote to your position?
As much time as needed. I'm the type of person who can't sleep at night if I have unanswered questions in my head or unfinished tasks.
- How many City Council meetings have you attended in the past two years?
A handful. In the past, I preferred to use the online version as I'm a single mom and could still make dinner for my kids while catching up on current issues after work. This is something I'd like to promote actually, as I'm not sure how many people know City Council meetings and information are available online. In fact, I'd like to visit some of the local care facilities and show the residents how to find and watch (or download) from the city website.
- Why are you running for public office?
I want to be involved in something I truly believe I can make a difference in. I want my growing daughters to live in a town which offers job opportunities, housing they can afford, recreational activities they love, and a quality of life they can be proud to say their mother helped preserve.