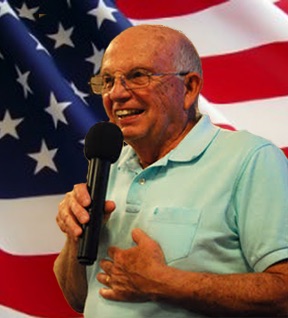 Years of residence in Sandpoint and Bonner County: 22

Nonprofit groups, service or professional organizations to which you belong:
Have belonged to a local pastoral leadership group for 22 years

Other experiences or skills that qualify you for office:
For the past 17 years I have been involved with real estate investments in Sandpoint.

Candidate Positions
1. Among the myriad issues facing the city at present, what do you consider the 2-3 most important issues, and why?
Dealing with the multi-year project that the business people have had to face on 1st Avenue. I am very concerned about the business people in Sandpoint, particularly those affected by the 1st Avenue reconstruction. They are facing further delays now projected into next year which could affect some being able to stay open and do business in Sandpoint. Memorial Field is on my mind because of the 3 hour city council session on October 16, resulting in the decision for artificial turf. Much more is involved, it would seem, than just the resurfacing of the football field. How many dollars will it take to do what we agreed to do last night in this turf decision?

2. Generally speaking, do you feel the city council and the mayor have been taking the city in the right direction at present? Anything you would want to do differently if elected?
Generally speaking, I believe the city has a promising future, and I am very concerned about many of the plans that emphasize tourism with local residents and year around businesses being an afterthought. I think I would slow the process until the amount of money and speed with which we are moving forward could be looked into. Maybe the present philosophy has been more like Seattle or Portland than a small city in Idaho.

3. The city right now has a master planning process under way for the city's parks. Recently its consultant, Green Play LLC, unveiled recommendations for major changes at City Beach, Memorial Field, Travers Park and the Sand Creek Landing. What's your take on this master plan process, and do you have an opinion on the changes recommended in their draft plans for these parks?
First, let me say that I did attend 5 hours in 3 different places on presenting this basic information and found Green Play’s ideas to be high class and beautifully presented. I did pick up on a couple of thoughts. One thing is that I understand this to be a 30 to 50 year plan, therefore there were no real costs spelled out and I was also impressed that in their opening remarks they gave Sandpoint existing parks a very high rating based on  comparisons to other parks in cities of our size. I believe they said 2 of our parks were in the top ten in America, and several others were in the top 10% among cities our size. They also said that 95% of our residents live within walking distance of a park now. If we are in such good shape, I would think we should be careful as we move forward with contemplation and careful planning.

4. Two specific follow-ups on the parks plan:
• The initial conceptual plan presented for City Beach is dependent upon the City being able to negotiate a land swap with the Best Western Edgewater Hotel property owner. What is your position on the proposed land swap?
This issue is going to need careful consideration and further information, but the land that we own is located between the hotel and the water. The idea of trading that for land that would connect us to the waterway by the current RV park could make good sense as presented by Green Play.
• The initial concept for the Memorial Field plan would replace the grass playing field with artificial turf. What's your position on the grass vs. turf question?
See question #1.

5. Bonner County has initiated a lawsuit against the city of Sandpoint over its lease of Memorial Field to the Festival at Sandpoint, which bans guns at its concerts. What is your take on this, and what action do you think the city should take?
I would like to see better cooperation between the county and city as they work together on the situation. Unfortunately at this time it seems to be heading toward the courts. There have been concealed weapons both with permit and without in the park for many years. I am concerned for the Festival as it is an important addition to the city’s vitality and economy.

6. Jobs and the local economy are always an election issue. How would describe the economy of Sandpoint today? What role, if any, do you see for the City Council/Mayor to play in creating a healthy local economy to foster growth of living-wage jobs in Sandpoint?
Thanks to many of the policies of the president, the economy of Sandpoint, like many cities throughout the US, has seen tremendous improvement. We need to become more business friendly, reassessing some of the regulatory constrictions. I would like to make classes available on basic financial management for people of all ages in our community.

7. Related to the economy is the matter of affordable workforce housing. Do you feel affordable housing is an issue the city council can tackle; if so, do you have plans to address it?
Though housing is market driven, I believe there are things that we can work on together to see improvement for working class families in this pristine community. One possibility to make housing less expensive would be to restore reasonable fees for those trying to provide housing.

8. Downtown Sandpoint is in the midst of a multi-year revitalization project, that last year rebuilt Cedar Street and right now is rebuilding First Avenue with wider sidewalks, new parking schemes and new furniture. Do you support this, or is there anything you would do differently? One concern that has been voiced in the face of these and other changes brought about by growth is their impact on the character of our town. Do you share that concern; if so, do you see steps to take to help Sandpoint retain its small-town character?
While trying to maintain Sandpoint’s small town character, we must be mindful of vehicle traffic as well as pedestrians. Though the bump outs are well suited for pedestrian traffic, they wreak havoc on vehicle traffic and snow removal, as well as making it difficult for vehicles to turn right on red.

9. The University of Idaho is in the process of selling its 77-acre property on North Boyer alongside Sand Creek to a private developer and builder. The city has conducted workshops and meetings to collect input on possible changes to the comprehensive plan to guide future development and use of the property. Do you have a position on the use of this property or the city's role in its development?
I believe we need to give wise oversight and reasonable freedom to the developers in making a presentation. At that time we could consider adjustments as needed.

10. Here's a final three-part question:
- How much time will you devote to your position?
As much as is needed with a priority on listening to people in the city.
- How many City Council meetings have you attended in the past two years?
I have either attended or read every word online of 10 sessions in the past two years.
- Why are you running for public office?
I feel a great sense of duty toward this city, the people, and the future of Sandpoint.