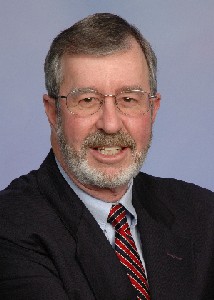 Years of residence in Bonner County and Idaho: Four years, but we have owned property here since 1992.

Relevant professional affiliations: Oregon Society of CPAs, president (1991-'92) and life member; I have been endorsed by the Professional Firefighters of Idaho

Relevant experience: As an officer of the Oregon Society of CPAs I worked with legislators in connection with state tax issues and legislation relevant to professional licensing and liability.

Why are you running for public office?

If you are elected, how much time will you spend each week in the office?

I will spend as much time as it takes doing the job. Some of it will be in the office, some will be at home, some of it in the lobby and some in the library. I expect to put in 60 to 80 hours a week getting as well-informed on the issues as I can. My primary goal with any legislative proposal will be to know who the winners and losers are among the people of Idaho. A bill with more winners than losers will likely get my vote. Otherwise it won’t.

What differentiates you from other candidates? Why should people vote for you?

A man told me last October, when I mentioned to him I was thinking about running, that he could never vote for me because of an issue on which we disagreed. Over the next few months we discussed that issue occasionally and found that we had more common ground that we had known. Finally, last month he told me that he would probably vote for me. When I asked him why, he said, “You’re reasonable intelligent, knowledgeable about the issues, hard working and honest. Even with our differences, what more could I ask for in a representative.” That was the best testimonial I think I’ve ever had.