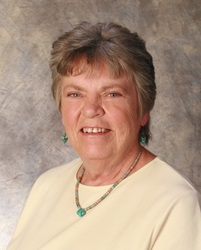 Candidate Positions
1. Among the myriad issues facing the city at present, what do you consider the single most important issue facing the City of Sandpoint?
Planning for growth to ensure it benefits all of our community; making sure we get better not just bigger. As mayor I would listen carefully to the concerns of community to ensure planning for growth happens in ways that enhance our community while protecting what citizens find important. No one should receive special favors and all proposals should be evaluated for their impact on the community infrastructure and institutions.

2. Housing prices have increased dramatically in Sandpoint, while local wages are increasing far more slowly – effectively precluding many residents who work in the local economy from purchasing a home. For the past year city staff and a group of local employers have been searching for housing solutions. What are your ideas for creating affordable housing for our residents who work here?
Housing diversity, selective density, smaller lot sizes, and streamlining the permitting process can all help to create moderately priced housing for local people. Let me explain:

3. Two resort city tax proposals will be on the ballot in November. Do you favor or oppose continuing the existing 5% tax on lodging? Do you favor or oppose the new proposed 2% tax on liquor by the drink? And in each case, why?
I support both taxes. The lodging tax is a major means of recapturing some of the costs Sandpoint residents bear because we have a tourist industry. Tax on liquor by the drink falls partially on locals, but paying 6-cents on a $3 glass of wine or beer won't be a hardship on those who can afford the original $3 and it could provide substantial revenue to the city. Therefore, I support both.

I would change how that revenue is handled. The community would be involved in deciding where those funds are spent.

4. What conditions – for example, impact fees or provisions for affordable housing – should the city place on requests by adjacent property owners for annexation into the city?
Areas adjacent to Sandpoint (Areas of City Impact) are considered potential parts of the city. As such, the conditions I mentioned in answering the first question should apply and development there should meet current city standards. Waiving impact fees if "affordable" housing is planned sounds good on the surface since impact fees increase the final cost of a home, but we must remember that impact fees are designed to cover the costs the city incurs in providing needed services to the new development. If those fees are waived, it really means that the rest of us cover the cost of providing services to that project. There may well be conditions that are so beneficial to the entire community that waiving impact fees could be considered. That decision, however, would have to be made with public scrutiny and be seriously debated.

5. Downtown traffic and parking are two oft-cited city ills. There are efforts currently under way by the City and the DSBA to improve parking. Do you think these efforts are on the right track?  What would you do to improve parking downtown?

6. Although the Idaho Transportation Department was recently granted a permit for the Sand Creek bypass, it has conditions to meet and also faces a lawsuit from opponents. As the bypass will have major impacts on the city, voters want to know where candidates stand. First: Do you favor or oppose the Sand Creek route for a bypass, and why? Second: Among the issues involved, an offer by ITD to give the city land alongside the bypass in exchange for maintaining a new park has been a matter of contention; do you favor or oppose that proposal? Third: ITD has made no commitment to turn control of the Highway 95 route along First, Cedar and Fifth back to the city after the bypass is built; do you believe that should be a condition for the city to support the bypass?
I don't think most supporters of the bypass would pick the Sand Creek route today if offered another viable choice. But that is the choice of ITD and that is what we must face. The real question should be whether I would use city resources or my time to fight this decision. My answer is no, because it would make little difference and our efforts are better spent addressing problems we can solve.

Let's be honest about the "park issue." It is not a park but a parking lot. Until the plans for the area ITD wishes to "gift" the city, the breakdown of city and ITD responsibilities for restoring and developing that land, and the projected maintenance costs that will come from our parks budget are revealed, I don’t think council can make an informed decision. We must insist the downtown streets be returned to the city, and in good shape. We must negotiate a commitment from ITD on this issue. We may need to involve our local state representatives in getting this done, as they provide oversight and funding to ITD.

The extended bypass construction period is potentially a terrible time for downtown businesses, threatening their viability and the city's tax base. Mitigation measures need to be spelled out ahead, with a framework for the city and ITD working together to minimize impacts. For ITD and the city to work together to ensure that this project goes as smoothly as possible, ITD needs to listen to and address our concerns.

7. On traffic issues: even if construction of the bypass begins soon, ITD says it will take several years to build. Do you believe the city should seek traffic solutions more immediately – and what would they be?
Although I do not pretend to be a traffic engineer, there are several suggestions that have been offered that appear to be logical first steps:

8. Why are you running for public office? If you are elected, how much time will you be able to devote each week to your position?
I am retired and can devote as much time as necessary. It is important to point out, however, that spending 8 hours a day in city hall is a misuse of the mayor's time. It is extremely important to get out in the community to identify issues and learn whether current policies are working. An effective manager can do both. I intend to do so.

9. Describe any other issues you believe are important; why you consider them important; and your position on these issues.
Improving the management of city resources: It is not acceptable that City Council is asked to approve projects with budgetary data missing, or information withheld or incomplete. I would institute project-based budgeting and timelines for project components so that council and the mayor can identify projects that are proceeding as planned and those that need remedial action. At the completion of each project an evaluation would be done to determine whether the project accomplished what it was designed to and came in on budget. These are standard practices of good management. I implemented them in my business and would do so for the city.

Maintaining and improving the viability of our downtown: Sandpoint is very fortunate to have a "gem" of a downtown. Other communities such as Post Falls and the City of Hayden are struggling to create a central core that says, "This is our town." We already have that. We must solve our traffic and parking issues now. We may need to enlist the help of our state representatives to join the negotiations with ITD to allow needed changes. We must make our downtown a place our citizens and visitors alike want to patronize. We must look at our regulations and ordinances to ensure they support this. We must celebrate what we have while working on issues that affect the viability of our central core.