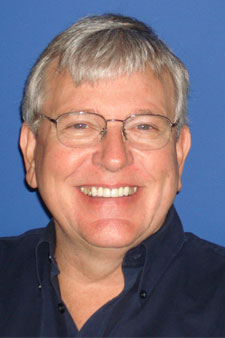 Qualifications
Education: A second generation native of Sandpoint, Ed graduated from Sandpoint High School in 1963, at which time he made his way to the University of Idaho where he earned a Bachelors Degree in Architecture.
Recent employment history: Upon graduating from the university, Ed worked in the Seattle area as an architect, but before long he decided to return to his hometown and see if he could use his education to benefit Sandpoint’s development and economic future. Ed worked for the Pack River Lumber Company as their go-to architect and worked on various projects ranging from Schweitzer to many other well known buildings in the downtown area. In 1976 Ed started his own consulting business, which led him to numerous local contributions, such as the development of the Bonner Mall. Ed and his business partners sold the Bonner Mall in 1986, which then led him to establishing a real estate partnership with Steve VanHorne. That partnership eventually evolved into Ed’s current profession, which is now Windermere Idaho First Realty, with  offices in Sandpoint and Priest River. Throughout Ed’s adult life he has been self employed in Sandpoint and has had ownership positions in Kentucky Fried Chicken, Bonner Mall, Van Horne and Associates, Ostrom and Associates, and finally Windermere Idaho First Real Estate.
Nonprofit groups, service or professional organizations to which you belong:
Ed truly believes in giving back to the community that has given him so much, and has Sandpoint’s best interests at heart. Ed has been active on such boards as Trustee for BPOE 1376 Elks lodge, parish council for the St. Josephs Catholic Church, and the Bonner County Association of Realtor Directors. Other activities Ed enjoys are spending time with his family, walking and appreciating Sandpoint’s outdoor beauty, Eagle Scouts, reading mystery and western novels, as well as an extensive gun, knife and art collection.

Candidate Positions
1. Among the myriad issues facing the city at present, what do you consider the single most important issue facing the City of Sandpoint?
Surviving.  And by surviving I mean surviving the economic pressures our residents are currently facing. It is important that the natives of Sandpoint are able to maintain the lifestyle that pushed them to move here in the first place. And if we can’t afford to water our lawns in the summer, there are deeper issues at hand that need to be addressed immediately.

2. Housing prices have increased dramatically in Sandpoint, while local wages are increasing far more slowly – effectively precluding many residents who work in the local economy from purchasing a home. For the past year city staff and a group of local employers have been searching for housing solutions. What are your ideas for creating affordable housing for our residents who work here?
There is a common misconception in Sandpoint that this is a local problem to be fixed. The truth is this is a nationwide crisis, and it isn’t about housing costs; I have recently sold $100k houses, $150K houses. The problem lies in the recent boom in the market, when everyone saw dollar signs, sold their houses for toomuch money, or took on too much debt thinking they could flip a house for a profit, and now there is an extensive inventory of overpriced houses, for the sole reason that they paid too much money at the wrong time. These people are going to have to cut their prices, the Fed will inevitably lower interest rates one more time and the market will correct itself over time.

3. Two resort city tax proposals will be on the ballot in November. Do you favor or oppose continuing the existing 5% tax on lodging? Do you favor or oppose the new proposed 2% tax on liquor by the drink? And in each case, why?
I do favor continuing the tax with the monies being earmarked more specifically using recommendations from the logging industry in directing these funds used to enhance thier industry more direct. The same can be said about the 2% liquor tax. I'm in favor if the monies are used to help promote Sandpoint in such a way as to invite more people to use us as a resort setting.

4. What conditions – for example, impact fees or provisions for affordable housing – should the city place on requests by adjacent property owners for annexation into the city?
I believe that zoning and impact fees are promoting more expensive housing! I believe the market should regulate prices and that the city, county and government shouldn't be dictating any major living conditions on our citizens. If the employed should give their respective contributions could possibly have tax credits etc., thus helping with the housing problems.

5. Downtown traffic and parking are two oft-cited city ills. There are efforts currently under way by the City and the DSBA to improve parking. Do you think these efforts are on the right track?  What would you do to improve parking downtown?
Parking is one of the biggest issues facing downtown Sandpoint. I have considered this problem extensively. We do have two things going for us, an empty City Beach parking lot in the winter, and an empty high school parking lot in the summer. We need to create a park and ride system to encourage (or force) downtown business owners and their employees to use these lots during business hours. We can create a shuttle system, and people can walk. It will not only mitigate the problem, it is smart business for them to create an easier parking situation for their customers.

6. Although the Idaho Transportation Department was recently granted a permit for the Sand Creek bypass, it has conditions to meet and also faces a lawsuit from opponents. As the bypass will have major impacts on the city, voters want to know where candidates stand. First: Do you favor or oppose the Sand Creek route for a bypass, and why? Second: Among the issues involved, an offer by ITD to give the city land alongside the bypass in exchange for maintaining a new park has been a matter of contention; do you favor or oppose that proposal? Third: ITD has made no commitment to turn control of the Highway 95 route along First, Cedar and Fifth back to the city after the bypass is built; do you believe that should be a condition for the city to support the bypass?
Yes, the bottom line is, the highway is going to be widened no matter what, it will eliminate some trucks downtown and it will reverse the Main Street front door of Sandpoint to a Sand Creek front door. This will inevitably encourage the beautification of Sand Creek. What better way to persuade people passing through Sandpoint to stop, than a beautiful Sand Creek park. We should embrace growth and change while making certain it works in our favor. The city should also take advantage of any parking available because of the decreased downtown traffic such as diagonal parking by the elimination of one lane tracffic.

7. On traffic issues: even if construction of the bypass begins soon, ITD says it will take several years to build. Do you believe the city should seek traffic solutions more immediately – and what would they be?
I see no logical reasons why city officials shouldn’t continue to look at and brainstorm other traffic solutions before the bypass is built, and we will continue to look at traffic and parking solutions after the bypass is built.

8. Why are you running for public office? If you are elected, how much time will you be able to devote each week to your position?
I understand that my vote will be one among many. Nevertheless, I want to make that vote count for the natives of Sandpoint whose voices have become stifled over the years. I want to represent my generation as well as my children’s generation on all of the issues facing our city. I will utilize my 40 years of personal and professional experience with Sandpoint to benefit us and Sandpoint’s future. I believe in giving back to the community which has given me so much and will run my seat with the integrity and fervor that has helped me build my business over the years. I want to bring back the reasons people moved here in the first place.

9. Describe any other issues you believe are important; why you consider them important; and your position on these issues.
The strengths that I would bring to office are my business ethics and experience with a working knowledge of what and how Sandpoint evolved and what makes it a great place to live.  I would run my seat the way I have ran my business, with integrity and dedication.

I think everyone running for office should ask themselves one question: Are you willing to truly represent not only your friends and neighbors, but people with differing view points as well? And my answer is yes; I believe that each situation needs to be evaluated individually, look at the merits of every issue and vote your conscience.