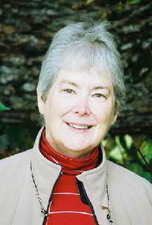 What particular experiences or skills qualify you for office?
I have worked in and with the public sector for 40 years. I have a passion for gathering information in order to make informed decisions. I can relate to the average citizen in our community. I apply common sense to decision making and ask myself who a decision will affect and how will it affect them.

In February the city council adopted the new Comprehensive Plan after more than 20 workshops and meetings. The priority now is to have new ordinances written to be reviewed for adoption in order to implement the Plan. Other key issues include continuing to work toward regionalization of waste water treatment, addressing water service boundaries and our transportation systems, and providing a level of services consistent with our taxpayers' ability to pay.

2. The city held an election in May for a $20.5 million bond to expand and renovate the city’s lake water treatment plant, which was defeated. The bond proposal will again be on the ballot on Nov. 3, this time for an amount of $17 million. Do you favor or oppose the bond, and why?
On May 26th, 245 voters spoke. 141 or 57.5% said no to a water bond. Even though only 6% of the registered voters turned out to vote, those who did vote deserve to be listened to. I don't believe governmental entities should keep going back to the voters to ask for a different outcome when they don't like the first (or second or third) result.

3. The Federal Aviation Administration has voted to cut off all funding for the Sandpoint Airport, located in the city limits off North Boyer, due to infractions that arise largely from the Silver Wing fly-in residential development adjacent to the airport. The county is losing $150,000 a year in federal funding, plus possibly millions in grants for capital improvements. Do you consider the airport an important asset, and what actions would you take, if any, to facilitate a resolution?
The Sandpoint airport is owned and managed by Bonner County and is an important and vital component of our economy and must remain a viable facility.  I have attended a number of meetings related to the airport and continue to be willing to consider and discuss any ideas the Bonner County Commissioners have in their quest to resolve the FAA/Sandpoint Airport issues.

4. In a tie vote by the council, with the mayor casting the deciding vote, the city recently rejected a call for the city to stop fluoridating its water. The issue may surface again, possibly as an initiative or referendum. Do you favor or oppose the fluoridation of city water, and why?
I use the Internet to do research on a wide variety of subjects in order to make better informed decisions. However, I ultimately rely on the advice of the professionals (doctors, dentists, attorneys, etc.) I know and whose advice I trust. I have read information and watched videos sent to me by many anti-fluoride advocates. 100% of the local dentists support the continuation of fluoride in our water system. Fluoride has now been in our water system for 58 years - 3 generations - with no documentation of any detrimental effects. I support the continuation of fluoridation of our city water.

5. The Idaho Transportation Department is in its first year of construction on the Sand Creek bypass, with likely 2 to 3 more years to come. Overall are you satisfied or dissatisfied with the construction project and its impacts on the city? What issues do you see arising for the city from the construction and completion of the bypass?
People contact me frequently by phone or by e-mail regarding local issues. The only complaint I have received about the bypass project concerned a lengthy traffic delay one day early on in the project. By and large I feel people who supported the bypass project are very pleased and those who did not are perhaps surprised by the work that has been done in the first construction season and about the relative lack of disruption to date.
Many people tell me they believe once the bypass is finished Sandpoint will "get its downtown back" and they look forward to returning downtown for shopping and entertainment after the commercial and through traffic moves out of our downtown streets. The city must continue to work with ITD and use our recently adopted urban transportation plan to address traffic issues that we will face in the future.

6. One impact of the bypass has been concerns it raises with Burlington Northern Santa Fe about parking and access to the Amtrak stop at the historic Sandpoint train depot. The depot continues as a stop but the building has been closed for months due to disrepair. BNSF is considering to abandon the depot as an Amtrak stop. What would you like to see happen with the depot and Amtrak stop in downtown Sandpoint and what role, if any, would you play as a council member?
Sandpoint is currently the only AMTRAK stop in the state of Idaho. Though the hours AMTRAK stops in Sandpoint are far from convenient, I join those who do not want to lose it.  Aric Spence, a member of the city of Sandpoint’s Historic Commission and chairman of the depot sub-committee has created a web page (SandpointTrainStation.com) to keep us up to date on this subject. I am supportive of keeping the Sandpoint stop and of finding a way to preserve this beautiful and unique structure. The financial cost of accomplishing the latter needs to be absolutely clear as do the participatory roles to be played by AMTRAK, ITD, the city and other organizations and individuals throughout the community. Budgetary constraints will affect the city's role but I have no doubt that the community is capable of coming together to save this structure. I have already attended several meetings on this subject and remain open to considering all ideas placed on the table.

7. Growth remains a major issue. The city this year completed a long process to adopt major changes to its comprehensive plan. As a tool to manage growth, are you satisfied with the new comprehensive plan? Describe your own posture toward growth in Sandpoint.
I put in hundreds of hours along with other elected officials, staff, planning commission members and the community. I think we have a good product. The proof (as an old saying goes) of the new Comp Plan will be in the pudding - the ordinances proposed to implement it. We haven't seen any yet but I will spend the time necessary to work with my colleagues on the council to adopt a code that will enhance our vision of Sandpoint.
Having been here longer than any other elected official, I have seen and lived through more change and growth than all of them put together. One of my first "hands-on" change and growth experiences came when I was barely 30 and I and other members of the hospital board of directors unveiled a new hospital to the community. We had fewer than 10 physicians on staff at that time; now we have almost 60. I've seen Sandpoint pave most of its streets, improve water and sewer treatment, develop perhaps the best small fire department in the state, expand the abilities of our police department to protect us, and improve our parks to the point that I believe they must be the best in the state. I welcome the infusion of energy and ideas brought about when new residents join established residents to continue to make Sandpoint such a wonderful place to live, raise a family and/or retire.

8. One growth-related issue is housing. Do you think the city should play a role or be proactive in securing affordable and work-force housing in Sandpoint?
The council has recently adopted code amendments facilitating increasing density by allowing accessory dwellings.  This is one way to improve the ability of people of all levels of income to find housing. I don't believe it is the city's job or responsibility to "provide" the housing but I do believe the city can structure our laws, rules and regulations to encourage and accommodate the private sector's ability to provide such housing.

9. How would describe the economy of Sandpoint today? What role do you see for the City Council to play in creating a healthy local economy?
Sandpoint's economy is struggling just as the economy is throughout our country. History shows us that this is not new – it isn't the first nor will it be the last time to occur. Shopping locally will help our local business people to weather this down turn and I am happy to have led the effort that resulted in a policy calling for the city itself to shop locally.  Meanwhile, the city is working toward improving infrastructure (such as fiber optics) that will support job creation in Sandpoint.

10. Why are you running for public office? If you are elected, how much time will you be able to devote each week to your position?
I have missed only two regular council meetings in four years and have attended over 200 regular and special council meetings, workshops and committee meetings during that time as well as hundreds of "outside" meetings to become better informed. I am committed to spending whatever amount of time is necessary to prepare for meetings and to attend them. The life I have lived in Sandpoint has shown how much I love this community and the people who make it what it is. I want to use my knowledge and experience to work with others to continue to make Sandpoint one of the best places in the country to live.