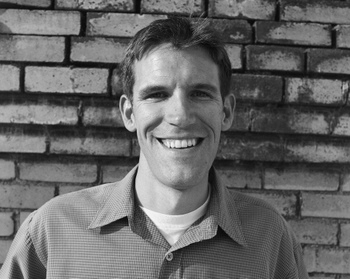 Recent or pertinent employment history: Facilitated more than 100 mediations and arbitrations for The America Arbitration Association. I am a Licensed Paralegal and am a partner in a local business.

What particular experiences or skills qualify you for office? I am always willing to take the time to listen to the needs of the public and enjoy problem solving with long-term goals in mind.

I would like to participate in the efficient implementation of the Comprehensive Plan. Many, many hours have been spent by the public and city officials getting the plan to its current state. The next step is modifying current laws and regulations and zoning to allow the Plan to take effect. It is important to me that bureaucracy not slow the end goal from becoming reality.

2. The city held an election in May for a $20.5 million bond to expand and renovate the city’s lake water treatment plant, which was defeated. The bond proposal will again be on the ballot on Nov. 3, this time for an amount of $17 million. Do you favor or oppose the bond, and why?
I am in favor of the water bond for many reasons, the most immediate being that we have the ability to take advantage of stimulus funds in the amount of $5.1 million which will decrease the need for funds generated locally. These funds will not be available if the Water Bond is not successful. When explaining the situation to the public I have used the following analogy: If you are in your car and you look up at the little sticker that reminds you that your oil is due for its 3,000 mile oil change in 50 miles. At the very same moment you see a sign at the local oil change business that if you take your car their "today only" you can get the oil changed for 30% off. What do you do? If you have the ability to save the 30% today why wait until your oil is past due for changing? The result will cost you more for the service. The cost to complete the proposed project will be less now than it would be in the future.

3. The Federal Aviation Administration has voted to cut off all funding for the Sandpoint Airport, located in the city limits off North Boyer, due to infractions that arise largely from the Silver Wing fly-in residential development adjacent to the airport. The county is losing $150,000 a year in federal funding, plus possibly millions in grants for capital improvements. Do you consider the airport an important asset, and what actions would you take, if any, to facilitate a resolution?
The Sandpoint Airport and surrounding area is one of Sandpoint’s most important assets for long-term economic viability. According to the 2007 Draft Economic Impact Report as updated July 10, 2009 the Sandpoint Airport is responsible for around 482 jobs in conjunction with just under $33 Million in economic impact for our community. I strongly believe this is an asset worth paying attention to.

4. In a tie vote by the council, with the mayor casting the deciding vote, the city recently rejected a call for the city to stop fluoridating its water. The issue may surface again, possibly as an initiative or referendum. Do you favor or oppose the fluoridation of city water, and why?
I am not in favor of fluoridating Sandpoint’s water. I do understand that fluoridation is sometimes necessary for some people’s teeth. I just do not feel our local water system should be the method of delivering this chemical to our citizens. I would like to work with the local dentists to explore alternative methods of distribution for any person in need.

5. The Idaho Transportation Department is in its first year of construction on the Sand Creek bypass, with likely 2 to 3 more years to come. Overall are you satisfied or dissatisfied with the construction project and its impacts on the city? What issues do you see arising for the city from the construction and completion of the bypass?
Overall, I am satisfied with the construction project. The contractor has done an admirable job of informing the public of traffic delays. I have, on several occasions, been a bit annoyed with being delays in getting from point A to point B due to the construction of the byway ( I refuse to refer to the project as a "bypass.") I do wish that I could just snap my fingers and the project would be completed overnight, although any project of this size is going to take a long time. Whenever I am bothered by a delay I just remind myself that some people live in areas where it takes 45 minutes to drive 4 miles to work every day and I am so happy to live here in Sandpoint where the occasional delays in my travels are short and the future result will be worth the temporary inconvenience.

6. One impact of the bypass has been concerns it raises with Burlington Northern Santa Fe about parking and access to the Amtrak stop at the historic Sandpoint train depot. The depot continues as a stop but the building has been closed for months due to disrepair. BNSF is considering to abandon the depot as an Amtrak stop. What would you like to see happen with the depot and Amtrak stop in downtown Sandpoint and what role, if any, would you play as a council member?
I like the Depot and I think the overall Sandpoint population does too. I am glad that there are members of our community who have dedicated numerous hours in an effort to keep it here. It would be a real shame to see it go away. As a councilmember I would participate in and vote for any reasonable effort to keep the Depot a part of Sandpoint.

7. Growth remains a major issue. The city this year completed a long process to adopt major changes to its comprehensive plan. As a tool to manage growth, are you satisfied with the new comprehensive plan? Describe your own posture toward growth in Sandpoint.
Growth is coming whether we like it or not. I am very well versed in land development and land developer negotiation tactics. I bring an understanding of development that the current council may not have. I would like to raise my future children in a Sandpoint similar to that of the Sandpoint where I grew up. What a wonderful experience growing up in Sandpoint was. I traveled all over the United States and Overseas after high school trying to find a place to live and work that was perfect. I found myself back in Sandpoint as it was the only place I have ever visited that had the proper ingredients for my lifestyle. It took me leaving to appreciate what Sandpoint is and how special of a place it is.  The Comprehensive Plan does a fair job describing methods for encouraging positive growth in Sandpoint. The task at hand is implementing these strategies and if done correctly and efficiently we are on a fair track for keeping Sandpoint a safe, healthy, economically viable, and a great place to live for many years to come.

8. One growth-related issue is housing. Do you think the city should play a role or be proactive in securing affordable and work-force housing in Sandpoint?
First of all I do not like the terms "affordable housing" or, "work-force housing" I find the terms a bit offensive and bordering on derogatory. I’d like us to coin a term that is a bit more appealing ... Maybe "efficient housing" could be used? The company in which I am a partner is a home building company. Many of our clients are people who work in Sandpoint and are budget sensitive with regard to the cost of their homes. On average, the last 5 houses we have built this year in Sandpoint have had a line item for Permits and Hook-up fees that exceed $15,000 which is the second largest line item on the budget for building their house (second only to the cost for the entire cost of lumber, trusses, and sub-floor combined). A major concern I have with regard to affordable housing is that the Permit and Hook-Up fees are just about the same for a very simple house on the outlying areas within the City or a large McMansion on Sandpoint’s waterfront. The more wealthy people coming will always be able to stomach the Sandpoint fees but most likely the people who are employed locally will not be able build new efficient homes. Elevated permitting and hook-up costs will not help keep Sandpoint’s streets and Neighborhoods diverse. Sandpoint's councilmember's and staff members have their work cut out for them on the "affordable housing" concept. I can help as a councilmember or a private citizen.

9. How would describe the economy of Sandpoint today? What role do you see for the City Council to play in creating a healthy local economy?
Sandpoint has been hit with hard times along with the rest of the Nation. I know many businesses around town, small and large, have closed the doors or cut staff to better fit their needs for this period. I would like to see Sandpoint do a better job of encouraging business to start up in City limits. I have heard from many potential small medium and large business owners describe that the process to start and operate in Sandpoint is difficult. If we encourage more suitable employers we will serve our other businesses as well and another byproduct will be the increase of the residential and commercial tax base relieving some of the burden on our fixed and lower income residents.

10. Why are you running for public office? If you are elected, how much time will you be able to devote each week to your position?
I am running for City Council because I love Sandpoint. I have really enjoyed the campaign process thus far. I have found that many of Sandpoint's citizens love the area and are concerned with how our town will look and feel in the years to come which is exciting!
I both listen and hear very well. My experiences with arbitration and mediation have given me the training to evaluate issues without involving emotion nor belittling any party involved. I take the time to fully understand the issues at hand prior to providing conclusions. I have not been on the city council before but have talked to several past council members and their estimation is that I should dedicate at least 10-15 hours per week outside of council meetings to research. I definitely plan to spend at least that amount of time each week – whatever it takes to represent Sandpoint well is what I will provide. I promise.