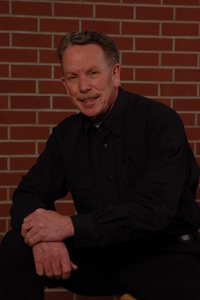 Nonprofit groups or service organizations to which you belong

Why are you running for public office?
I’m running for County Commissioner because there are troubling issues that need to be addressed in our county government. This includes the trampling of residents’ property rights, the wasting of taxpayers’ money on projects that are “nice to have” but not necessary, and the poor planning and processes that have and will result in increased costs and increased taxes to pay for these mistakes.

If you are elected, how much time will you spend each week in the office?
Based on what I now know of Bonner County Government, I plan to spend at least 40-60 hours a week working on the County’s business. The first 6-12 months may require more effort. I believe in the business model of “management by walking around” and will be in the field as well as in the office during my tenure.

What differentiates you from other candidates? Why should people vote for you?
I am a problem-solver rather than a politician. I agree to represent the will of the people and strive to achieve positive outcomes through mutual cooperation and respect, while engaged in open and fully informed discussions. Honor and integrity are the most important principles that will guide my actions. I will not participate in meetings held behind closed doors as has been the past practice which violates the Idaho Open Meeting Law. I will not circumvent the will of the people, or raise taxes without the consent of the majority of the taxpayers, except in obedience to a court order.

I bring a unique combination of professional education and training, coupled with more than 25 years of progressively responsible paid leadership experience in planning and budgeting at the command and staff level in municipal administration. I also have many more years of experience in all public safety disciplines than the other candidates. I have a proven track record of managing budgetary issues with integrity during difficult economic times. I appreciate, understand, and respect the proper “processes” required to make good government work for the people.