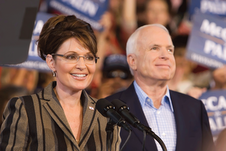 In February 1964, Beatlemania was invading America. Sandpoint Motors was cleaning up after a fire.

Three babies were born at Bonner General Hospital in less than a week. Their parents all taught at Sandpoint Junior High School (SJHS).

Four days later, Bill and Andrea Parenteau welcomed their fourth child, Joseph. Drinkwater noted that the Parenteaus were proud of their baby. 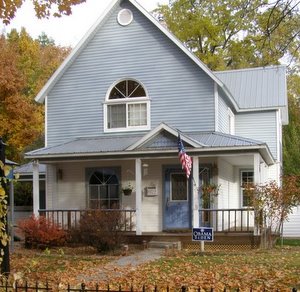 On Feb. 11, a fire broke out at Sandpoint Motors. Friends recall that Chuck Heath, living just a few blocks away at 712 N. Fourth, went to watch Jack Parker move the cars. Later, he was summoned home by his wife, Sally, who was going into labor with the third of their four children.

That evening at 6 p.m., Dr. Helen Peterson, Sandpoint’s first female general practitioner/surgeon, delivered a 7-pound, 11-ounce baby girl. Though her legal name would be “Sarah Louise,” a light-hearted Chuck Heath told Drinkwater that he’d call her “Oscar” and raise her as a tomboy.

The Heaths later moved to Alaska. Sarah Louise graduated from Wasilla High School in 1982 and then returned to Idaho for college, first attending North Idaho College and then the University of Idaho, graduating in 1987 with a journalism degree. She returned to Alaska to start her life as a wife, mother, broadcast journalist and, later, a Republican politician rising to the state’s highest office – governor – in 2006.

The Albertsons stayed in Sandpoint. Don and Tom even taught together at Sandpoint High School. Most of the Parenteau family lives in southern Idaho. Joe works as an information technologist in Boise.

Sarah-mania came “south from Alaska,” invading the Lower 48 and the world the moment Republican presidential nominee Sen. John McCain introduced his running mate to scores of Republican delegates and millions of TV viewers in August.

Like the Sandpoint doctor who delivered her, 44-year-old Sarah (Heath) Palin has broken through barriers as the youngest and first female governor of Alaska and as America’s female Republican vice presidential nominee. Palin has sealed her place in history, no matter the outcome of the 2008 presidential election.

Like the Beatles, her name rose from relative obscurity to worldwide recognition. Virtually overnight, the mother of five, who can shoot a moose and field dress it, too, transformed into a cult figure – inspiring Sarah dolls, Sarah glasses and Sarah hairstyles and even quickly penned Sarah books.

McCain’s VP announcement resonated instantly in Sandpoint where locals proudly recounted their connections with the governor and her family.

“I was in the eighth grade. I held her. I remember a ton of black hair; the others (siblings) were blondies,” says Susie Puckett, one of Chuck Heath’s science students and babysitter to Sarah. Susie recalls feeling devastated when “Mr. Heath,” the teacher who turned her on to science, and his family left for Alaska that summer.

Though Sarah lived for just three months in Sandpoint, her father’s roots run deep because of his Sandpoint High School athletic achievements, coaching, teaching and, according to friends, even a few pranks.

“If I were a principal and something happened, I’d be looking for Chuck,” says longtime Sandpoint barber, Mike Winslow. “He probably knew something about it or did it himself.”

While growing up, Winslow knew of Chuck Heath but became better acquainted after Chuck hitched a ride with him to Sandpoint from Spokane Airport several years ago. Since then, Winslow has added several Heath family photos to his barber shop wall and scrapbook, including last year’s Christmas letter where Sally Heath, “the consummate cookie lady,” wrote, “we got Chuck (the consummate outdoorsman) into four suits for inaugural balls.”

After moving to Hope with his parents, Charlie and Marie Heath, Chuck began to distinguish himself early as a gifted athlete.

“He was a very fine athlete,” Albertson says. “He played for Hope. I played for Pack River. Pack River didn’t win that year.”

“We also played on the same (high school) football team and competed in track,” Albertson adds. “(He participated) in anything fast in track. He held the SHS 100-yard dash record until Caleb Bowman broke it in the ’90s.” Heath also led the Bulldog football team his senior year, with 12 touchdown receptions, including the winning catch to beat Lewiston for the first time.

He continued his athletic career at Columbia Basin Junior College, where he met Sally, a Richland native. After graduating from Eastern Washington State College, he taught three years in Sandpoint, followed by 30 years in Alaska.

In 2004, Chuck was inducted into the SHS Athletics Hall of Fame.

“It’s quite an honor,” he wrote. “Coach Cotton Barlow once told me to never blow your own horn. If you do well, someone else will blow it for you. Thanks for blowing my horn.”

By 2004, while daughter Sarah was becoming a rising star in Alaska political circles, Chuck had retired from teaching and was employed as a government trapper and wildlife specialist. He even spent time trapping rats in New York after the 2001 World Trade Center attack. He also worked as a commercial fisherman, gold miner and big game outfitter.

His SHS Hall of Fame biography states that three athletes he coached from 1963 – Larry Jacobson, Brian Timblin and Adrian Lane – had also moved to Alaska, becoming his hunting and fishing buddies.

Lane is married to Marilyn Gray, daughter of former Sandpoint Mayor Floyd Gray. The Lanes, living in Alaska since 1984, have watched the Heath children grow up. Their children have babysat Sarah’s.

“Adrian and Chuck are best friends. … They do everything together from hunting, fishing, trapping – you name it!” Marilyn Lane says. “We go to the movies, play cards and travel.”

Marilyn and her sister Loralee Gray have also spent time at the governor’s mansion. In a recent Idaho Statesman article, Gray, now of  Boise, described her “fly-on-the-wall” status last March. She created and installed a huge, birch wood map of Alaska in the governor’s office, while Palin conducted business.

“I was impressed with her sense of direction, where she wanted to go,” Eskridge says, “and that she had a strong sense of resolve as governor of her state.

“I told her that she had been babysat by my sister-in-law (Susie Puckett),” he added, “and, given her origins were in Sandpoint, we were all impressed with her and that she had ‘better not mess up!’ She appreciated my humor, indicating that she would try not to.”

Whether or not Chuck Heath has to wear another suit for an inaugural ball, the outcome will be OK.

“They are so proud of Sarah,” says Marilyn Lane. “They have never doubted her ability to achieve whatever she set out to do.”